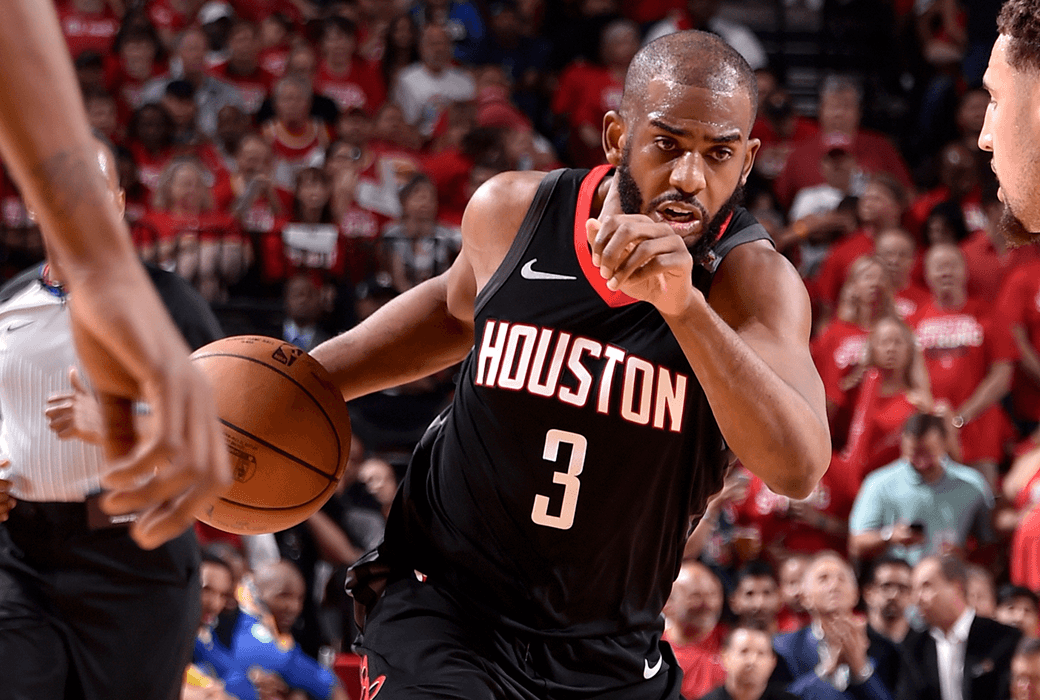 Chris Paul’s numbers don’t jump off the stat sheet, but his second half performance spearheaded the Houston Rockets to their second straight win over the Golden State Warriors. Paul finished the night with 20 points, seven rebounds, six assists and three steals while sinking a flurry of tough shots that proved to be the difference in a tight game.

Paul nailed a 3-pointer with Steph Curry draped all over him halfway through the third quarter and copied Curry’s signature shimmy celebration while running back on defense — a momentum kickstarter for his second half outing.

CP3 really #ActingUp now. Nails the 👌🏽 in Steph’s face and shimmies at ‘em back down the court. THESE WCF DIFFERENT. 💀 (via @NBAonTNT) pic.twitter.com/mcIGcFWwUh

CP3 really meant to be here. Point Gawd out here making CRAZY shots in the clutch 🔥 (via @DefPenHoops) pic.twitter.com/YVXrz6yQBF

Paul’s night ended when he exited the game with 22 seconds to go after injuring his hamstring. He didn’t attend postgame media availability.

The Warriors had an opportunity to tie or take the lead after taking possession out of a timeout with 9.1 seconds to go; however, Draymond Green fumbled away a Curry pass — Green’s sixth turnover of the game — and Gordon corralled the loose ball and sank a pair of free throws to ice the game.

Kevin Durant led Golden State with 29 points and Klay Thompson and Curry weren’t far behind with 23 and 22 of their own. The loss was the Warriors’ first time losing consecutive playoff games since dropping three in-a-row to the Cleveland Cavaliers in the 2016 NBA Finals.