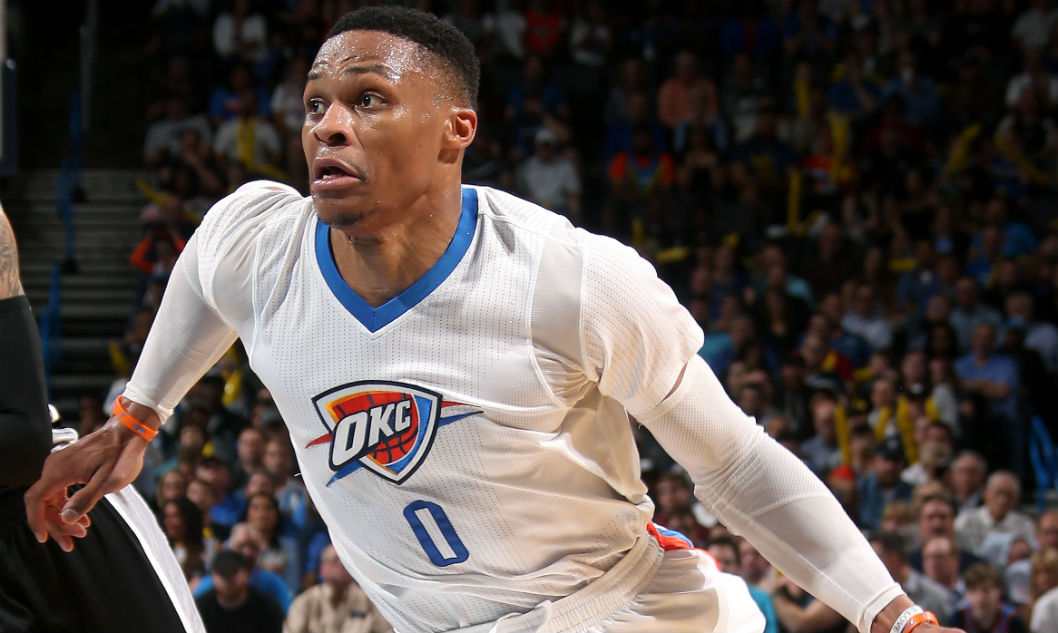 Even though LeBron James was dunking on absolutely everyone and putting up his 50th career triple-double, the Cavs dropped their third straight game. The Pistons outscored the Cavs by 12 in the fourth. Andre Drummond led the way with 20 points and 16 rebounds. The Pistons clawed their way back from a 15-point deficit and had six players score at least 12 points.

The Grizzlies are 14-15 since the calendar flipped to 2017. With tonight’s loss to the Clippers, Memphis has dropped four in a row by a combined 48 points. They couldn’t stop Austin Rivers, who came off the bench for 20 points, 5 rebounds and 4 assists. LA built a 22-point lead and won the rebounding battle 47-34. Memphis was just 7-20 from three-point range.

Russell Westbrook had 23 points, 13 rebounds and 13 assists tonight, his 31st triple-double of the season. That ties him with Wilt Chamberlain for the second most in a single season. Oscar Robertson recorded 41 triple-doubles during the ’62-’63 season. Tonight’s effort marked Russ’ first triple-double against the Spurs and the 68th of his career. Victor Oladipo had 20 points for the Thunder. The Spurs rested Tony Parker and were held to 41% shooting. The Thunder won the rebounding, assists and steals battles.

Nurkic’s tip-in gave the Blazers a 102-99 lead, but Robert Covington made a 3-pointer to tie it again at 102. Damian Lillard, who had 24 points, made a pair of free throws to give Portland a 106-104 lead with under two minutes left in the extra period. He then made a layup to extend the lead to four and Allen Crabbe’s floater with 20.9 seconds left helped seal the victory for the Blazers. Dario Saric scored a career-high 28 for the Sixers.

Ivica Zubac’s big second quarter, where he scored 10 of his 14 points, helped the Lakers establish themselves in this one. D’Angelo Russell dropped 28 with 6 three-pointers, helping the Lakers pull away in the second half. In the third and fourth quarters, Phoenix shot 25% from distance and gave up 48% shooting to LA.