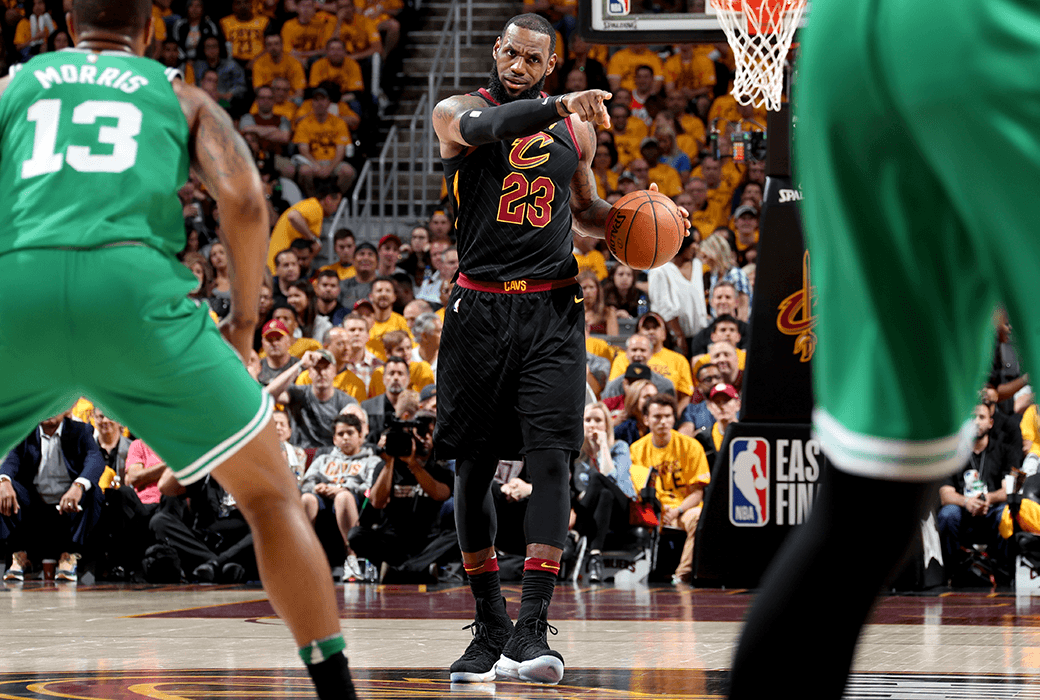 Sluggish starts plagued the Cleveland Cavaliers during the first two games of the Eastern Conference Finals; however, a change of scenery was all that was needed to reverse Cleveland’s fortunes in game three. The Cavs ran out to a 20-4 lead and never looked back with the Q packed 20,562 fans deep.

LeBron James led the way with 27 points and 12 assists on 8-for-12 shooting and his supporting cast rose to the occasion, too: Kevin Love, Tristan Thompson, George Hill, JR Smith and Kyle Korver each scored in double-digits. That group caught fire from behind the arc, shooting 14-for-24 from 3 collectively as the Cavaliers knocked down 17 3-pointers as a unit.

The Celtics struggled to get anything going on offense, shooting just 39.2 percent from the field and 27.3 percent from behind the arc. Rookie phenom Jayson Tatum was a lone bright spot, scoring 18 points on 6-for-10 shooting.