Philadelphia never trailed in Cleveland, De'Aaron Fox hit a clutch bucket to send the Kings to overtime and Lonzo Ball earned high praise from his coach. 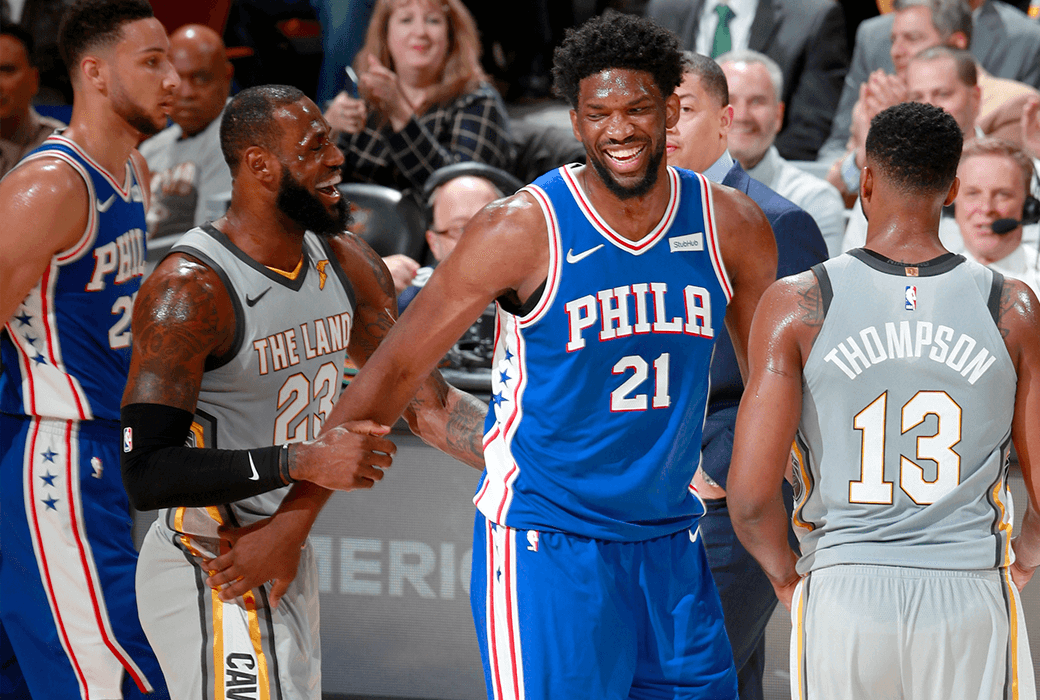 Dwyane Wade followed up his game-winner against Philadelphia with his second-straight 20-point performance, dropping 25 points on 11-for-18 shooting, but it wasn’t enough as the Lakers’ offense shot 59.5 percent from the field and 55.2 percent from 3. Isaiah Thomas scored 29 points, Julius Randle had 25 and Brandon Ingram added 19. Lonzo Ball didn’t make a large difference as a scorer, but he earned high praise from Luke Walton for stuffing the stat sheet with eight points, seven assists, six rebounds, six steals and a team-best +27.

Luke Walton on Lonzo Ball's night (8 points, 7 assists, 6 steals, 6 rebounds, team-best +24): "To me he was probably the best player on the court tonight … we’ve been so high on him from day one. He’s one of the very unique players." (per @Lakers) pic.twitter.com/fhTFKPFleO

…AND THE BACKBOARD (via @nba) pic.twitter.com/AU2xKIOteD

The Sixers impressed the wide audience that tuned in for the nationally-televised game, but more importantly, impressed soon-to-be (potential) free agent LeBron James, a player that Philadelphia fans and Joel Embiid haven’t been hush about wanting to bring to Pennsylvania to “complete the process.”

HOW DOES SOMEONE 7-FEET TALL HAVE A GAME THIS SMOOTH?

Joel Embiid is something DIFFERENT. 👀 (via @Sixers) pic.twitter.com/38AgIv270w

Still have no idea how LeBron 👑 pulled this off… (via @nba) pic.twitter.com/RPlfJGfc2C

De’Aaron Fox may be a rookie, but he flashed the confidence of a seasoned veteran when he had the rock in his hands in the final seconds of regulation as he knocked down a floater at the buzzer to send the game to overtime. Fox finished the night with 21 points.

The victory prevented the Kings from overtaking the Magic for No. 1 in the NBA Draft Lottery standings.

Damian Lillard stole the show again in the fourth quarter as he finished the night with 35 points; on the other side, Karl-Anthony Towns scored 34 points and grabbed 17 rebounds. The difference-maker was Portland’s role player support as five others scored in double-digits.