A crazy night of basketball proves, once again, that the NBA's the best. 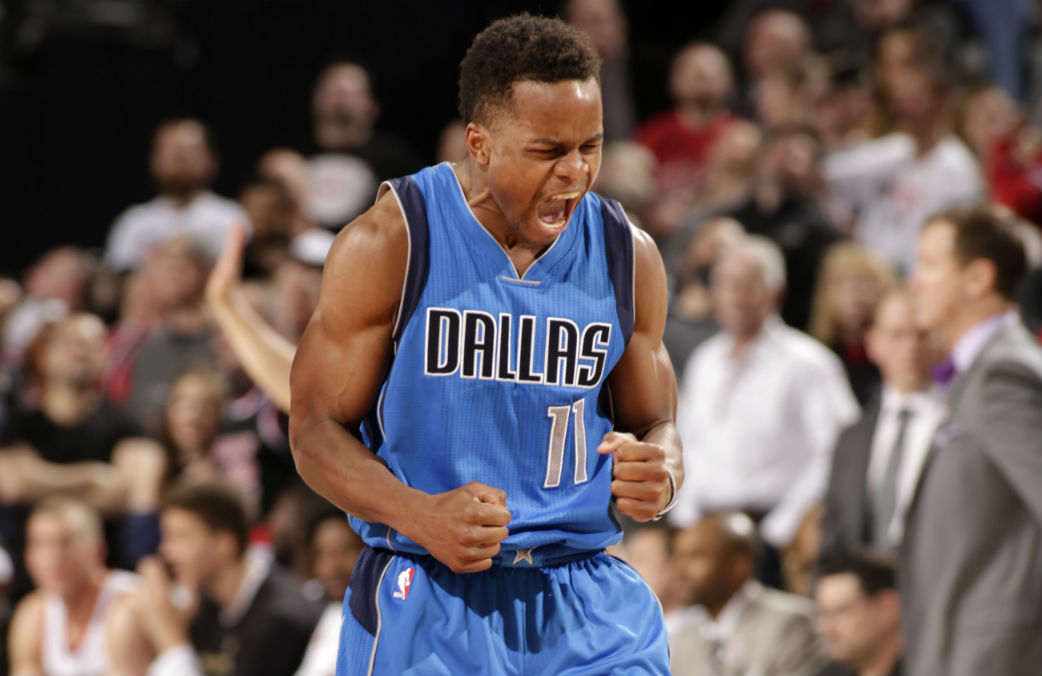 The Magic had four players score at least 18 points. Serge Ibaka had 12 boards and Evan Fournier had 10 and Orlando held Toronto to just 15 assists. DeMar DeRozan didn’t play for the sixth time in the last seven games because of a nagging ankle injury. Kyle Lowry and Jonas Valanciunas both scored 18 for the Raptors. Every Magic player scored at least 1 point and all but one of them had an assist.

The Nets don’t quit. They came back from a 19-point deficit to take a 90-89 lead in the fourth. They trailed by five with 1:21 left, but Jeff Teague got a steal and a bucket and made two free-throws. Teague and Paul George both scored 24 points. Teague had a team-high 7 assists and George pulled down a team-high 11 rebounds. The Pacers have now won five in a row, tying their longest streak of the season.

Marcus Morris shot 12-19 and made 5 three-pointers en route to a career-best 36 points. Morris got help from five other Pistons who scored in double-figures. Andre Drummond had 18 rebounds, Reggie Jackson had 8 assists and Detroit held Minnesota to 5-17 three-point shooting.

.@MookMorris2 went off for a career-high 36 points to lead the Pistons to a 116-108 win over the Wolves. pic.twitter.com/8hImOiloP2

Without Jimmy Butler (right heel contusion), the Bulls relied on a total team effort. Six of them scored in double-digits and everyone that played got in the scoring column. Dwyane Wade and Michael Carter-Williams both had 6 helpers. MCW also scored 23 points, a season-high. They shot 48% as a team and had 30 assists on 48 field goals. But this game was a rollercoaster.

21 leads changes and nine ties led to an overtime period where James Harden proved to be too much to handle. The Beard finished with 42 points, 12 rebounds and 9 assists. It’s Harden’s second straight 40-point game. He put the game away with an and-1 jumper with 36 seconds left in OT.

The Beard with two jab-steps to knock in the stare-down three. Unfair. pic.twitter.com/ZS8aG9kIzI

The Brodie can’t be stopped, man. Russ had 38 points, 13 boards and 12 dimes for his twenty-fifth triple-double of the season. He was dominant down the stretch, scoring 19 in the fourth and OKC’s last 15 in the last 2:35. He did it against Marc Gasol, who had 31. OKC won the rebounding battle 48-29 and held the Grizzlies to 3-19 three-point shooting. Joffrey Lauvergne and Steven Adams both scored 16 for the Thunder. OKC snapped their three-game losing streak.

Coming into tonight, the Lakers and Celtics were tied for the most all-time wins in League history. The Celtics took control in the second quarter when they took held the Lakers to 21 points. They built a 17-point lead and let Isaiah Thomas do his thing in the fourth. 17 of his 38 points came in the final frame. He also had 6 assists. Jae Crowder scored 18 and Al Horford had 11 points, 8 rebounds and 8 assists. Boston now sits two games behind Cleveland and two and a half ahead of the Raptors in the Eastern Conference standings.

Nikola Jokic had the first triple-double of his career tonight, finishing with 20 points, 13 rebounds and 11 assists. Wilson Chandler scored 23 points and Kenneth Faried had 19 points and 11 rebounds. The Nuggets built a 22-point lead and held on to win thanks 48 rebounds and 31 assists as a team.

The Bucks have lost 10 of their last 11 games, despite 27 points from Jabari Parker and 23 from Giannis.

No-look pass from the Joker is a thing of beauty. pic.twitter.com/Bx7US711zm

The Mavs came out on fire. After the first quarter, they led 35-22 and never gave up the lead. They shot 17-31 from three. 9 of those came off the fingertips of Yogi Ferrell, whose 10-day contract is almost up. The 6-1, 23-year-old scored a career-best 32 points and showed no fear late in the game. Wesley Matthews had 23 and Seth Curry had 19 off the bench for the injury-riddled Mavs. Ferrell and the Mavs hung on after a furious comeback from CJ McCollum and the Blazers. CJ put up 28. Damian Lillard had a rough game, shooting 4-20 for 13 points, 9 rebounds and 6 assists.

DeMarcus Cousins had his second triple-double of the season tonight, putting up 22 points, 12 rebounds and 12 assists. Three other Kings scored at least 18 points in a see-saw game. There were fifteen ties and ten lead changes and both teams shot similar percentages. The big difference was Sac-Town doubling Phoenix’s assists totals. The Kings had 23 helpers, the Suns had just 11. Cousins had more than the whole Suns team.

Though the Kings wrestled the lead back and led for the most of the fourth quarter, Devin Booker put on the cape and pushed Phoenix back into the game. He had 33 points, backed up by TJ Warren’s 21 and Eric Bledsoe’s 20 points, 6 rebounds and 4 assists. Booker put the game away for the Suns with a cold-hearted buzzer-beating bank shot.

Devin Booker beats the Kings at the buzzer. pic.twitter.com/OqA1ari2Q5