Post Up: Rockets Blow Out Warriors, Lou Will Leads Clippers in Crunch Time 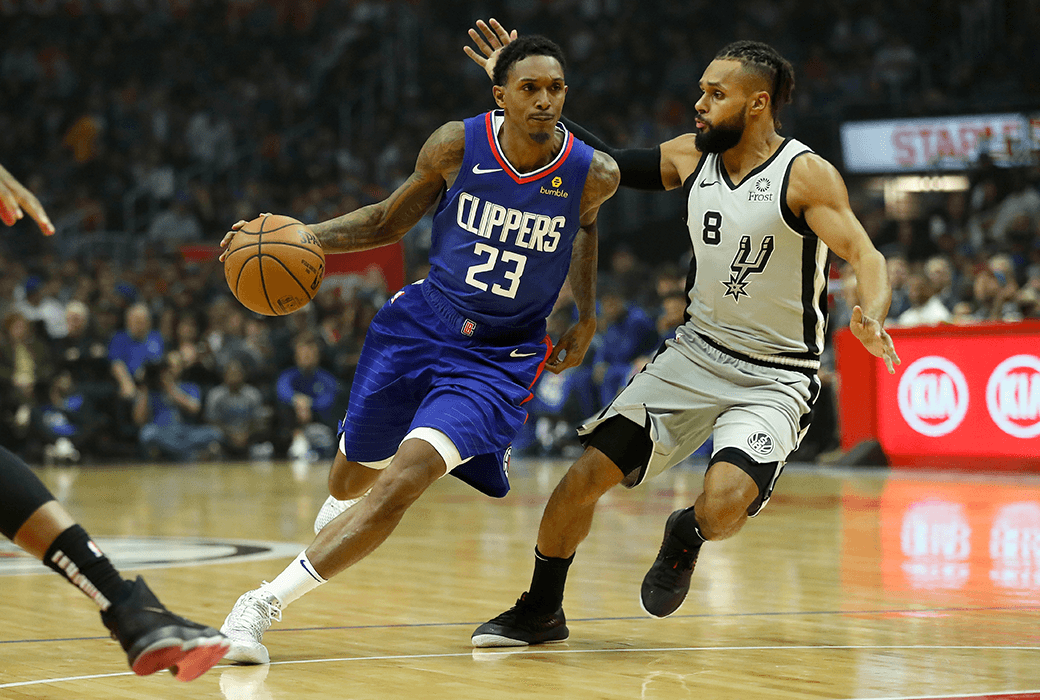 None of the Warriors’ starters made a 3-pointer — the first time that’s happened since 2013 — as the Rockets took their first lead of the night with 2:19 to go in the first quarter and never looked back.

Golden State started off strong as Draymond Green found Kevin Durant for a bucket in transition during the game’s opening minutes, but the Warriors’ offense sputtered for the remainder of the night.

That didn’t take long: Draymond drops a dime to KD in transition (via @nbatv) pic.twitter.com/MOtZJ8SqMX

You don’t have to start a game to finish it. Two-time Sixth Man of the Year winner Lou Williams scored nine points in the final four minutes of regulation to hold off the Spurs’ — who trailed by as much as 14 — comeback attempt in Los Angeles. Williams’ 3 with 41.4 seconds to go that was set up by a Tobias Harris offensive rebound broke the stalemate and gave the Clippers a 110-107 lead.

The Clippers won their third in the row as the Spurs dropped to .500 after their third consecutive loss.

Seven different Nuggets scored in double-digits as Denver raced out to an early lead with 72 first half points.

Paul Millsap had 18 points and nine boards against his former team and Juancho Hernangomez led all players with 25 points.