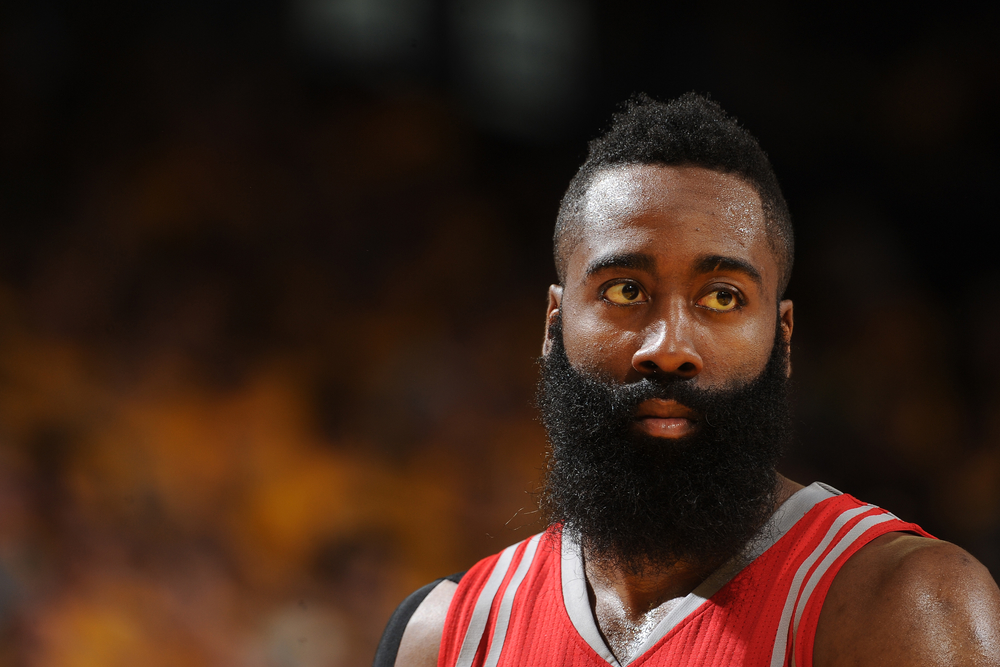 The Wizards’ entire starting five scored in double-figures, led by John Wall’s 23 points. The Wiz opened things up in the third quarter, leading by as many as 27 points. The Knicks stormed back to score 47 in the fourth, eventually trailing 108-98 with 2:37 to play, but Wall scored two buckets and hit four free throws to secure the win. Otto Porter scored 21 and Derrick Rose scored a season-high 27, including a two-handed dunk.

After losing six straight games, Dion Waiters stepped up for Miami. He led the Heat back from a 14-point deficit, eventually helping his squad blowout the Bucks. Waiters had 23, Hassan Whiteside stuffed the stat sheet with 12 points, 17 rebounds, 7 blocks and 2 steals, and Josh Richardson added 18. The Bucks shot just 32% and scored only 11 points in the fourth.

Is James Harden the best player in the NBA? The stats and the eye test have us leaning towards yes. The Beard registered his third triple-double of the season tonight, scoring 26 points, grabbing 12 rebounds and dishing out 14 assists tonight against Portland. The Rockets jumped out to 41 points in the first, but the Blazers tied it up at halftime. Then the Rockets outscored Portland by 17 in the third and never looked back. CJ McCollum led the Blazers with 26.

This one was never a contest. The Wolves led by as many as 33. Behind a combined 60 points from Andrew Wiggins and Karl-Anthony Towns, Minnesota dominated every aspect, getting more rebounds, more assists and blocks, and fewer turnovers. They held the Sixers to 37% shooting. Oh yeah, and KAT taught Joel Embiid a lesson.

Jimmy Butler and Dwyane Wade stepped up late for Chicago. The Bulls somehow overcame 29% shooting in the first half to take over the game in the second half. There were only 19 combined assists in this game. The absence of Rajon Rondo (left ankle sprain) and George Hill (right thumb sprain) was definitely felt. The teams were 63-168 from the field, only making 5 three-pointers each.

Butler and Wade scored 9 of Chicago’s 19 fourth quarter points. Rodney Hood and Gordon Hayward were locked up, shooting a combined 8-31. Not only were the Jazz without Hill, they were also missing Derrick Favors, who’s suffering from a left knee bone contusion.