Post Up: Kevin Durant and James Harden Duel As Warriors Take Game One 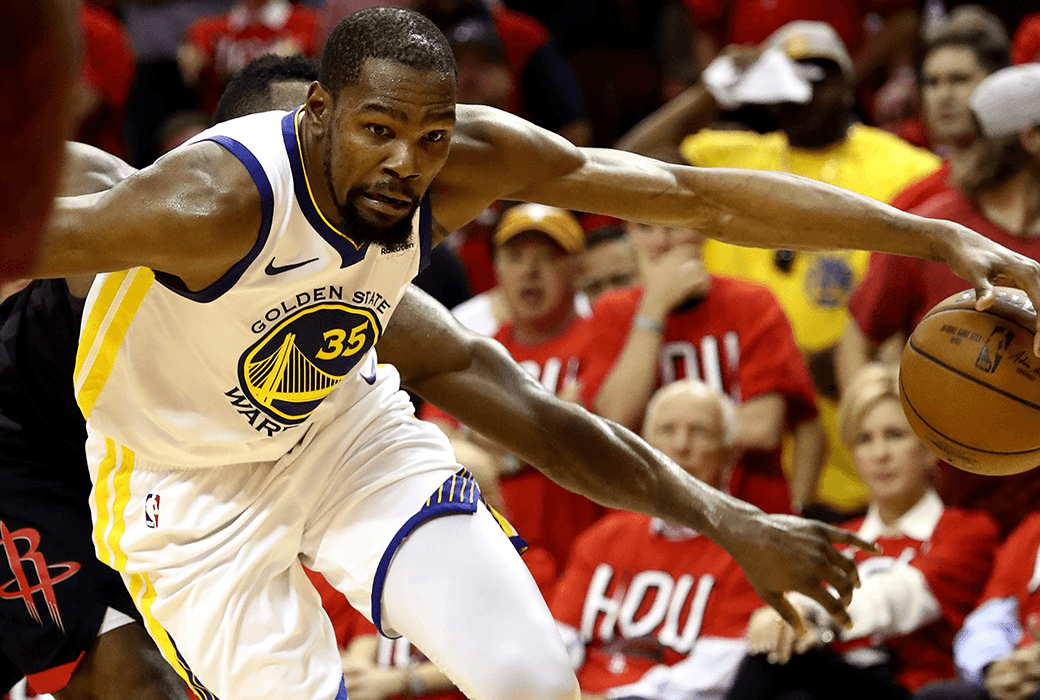 James Harden got cooking early with nine points in the first 1:49 of regulation; however, for every shot he hit the rest of the night, Klay Thompson and Kevin Durant were poised to strike right back.

Both sides went blow for blow in the first half, heading into the intermission tied 56-56. The stalemate broke after a Durant 3-pointer with 10:36 to go in the third quarter gave Golden State a lead it wouldn’t relinquish the rest of the way. With Trevor Ariza picking up his fifth foul less than a minute later, slowing down Durant didn’t get any easier for the remainder of the second half.

Durant finished the night with 37 points on 14-f0r-27 shooting while Klay Thompson brought the daggers with six 3s en route to a 28-point outing.

Harden scored a game-high 41 points on 14-for-24 shooting from the field to go along with seven dimes and four boards. Chris Paul added 23 points and 11 rebounds in his first-ever Western Conference Finals game.