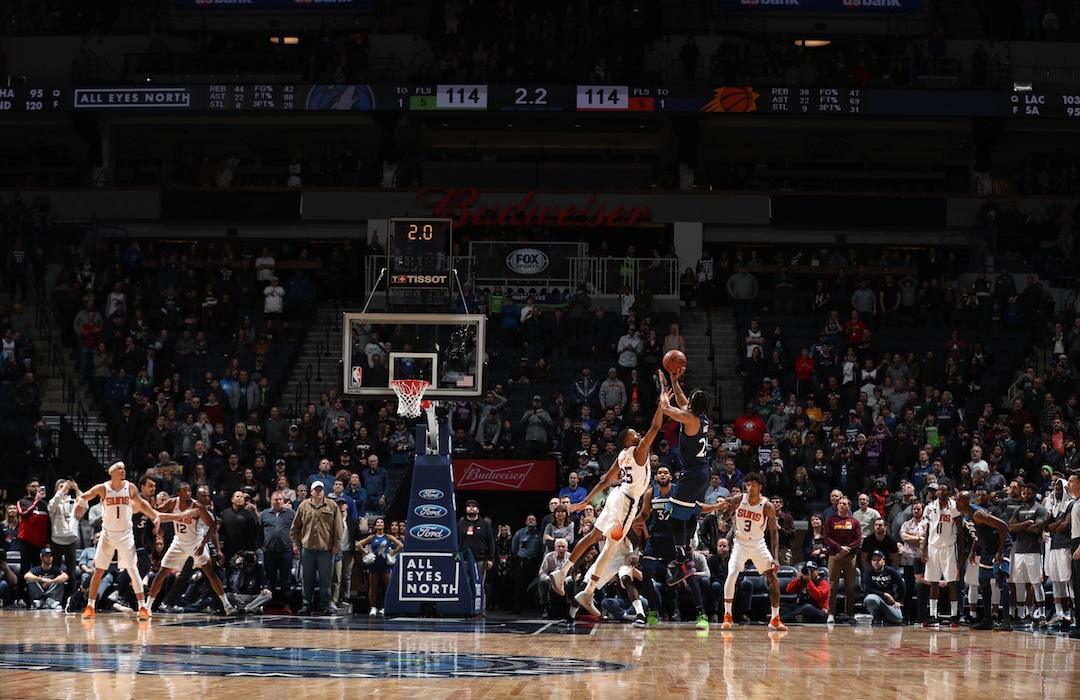 Victor Oladipo led all scorers with 21 points as the Pacers have won four of the last five games. Darren Collison also had 19 points. Myles Turner was one point shy of a double-double to go with his 16 rebounds and had this huge block in the first half.

With time winding down, Derrick Rose had the ball on top, dribbled and hit a step-back jumper to get the W at home. Rose finished with 31 points off the bench. Karl-Anthony Towns also had himself a 30-piece of his own. And yes, we know it was “just the Suns.”