Al Horford led the Celtics to a win against the Trail Blazers, the Lakers' young core stepped up in primetime against the Thunder and more. 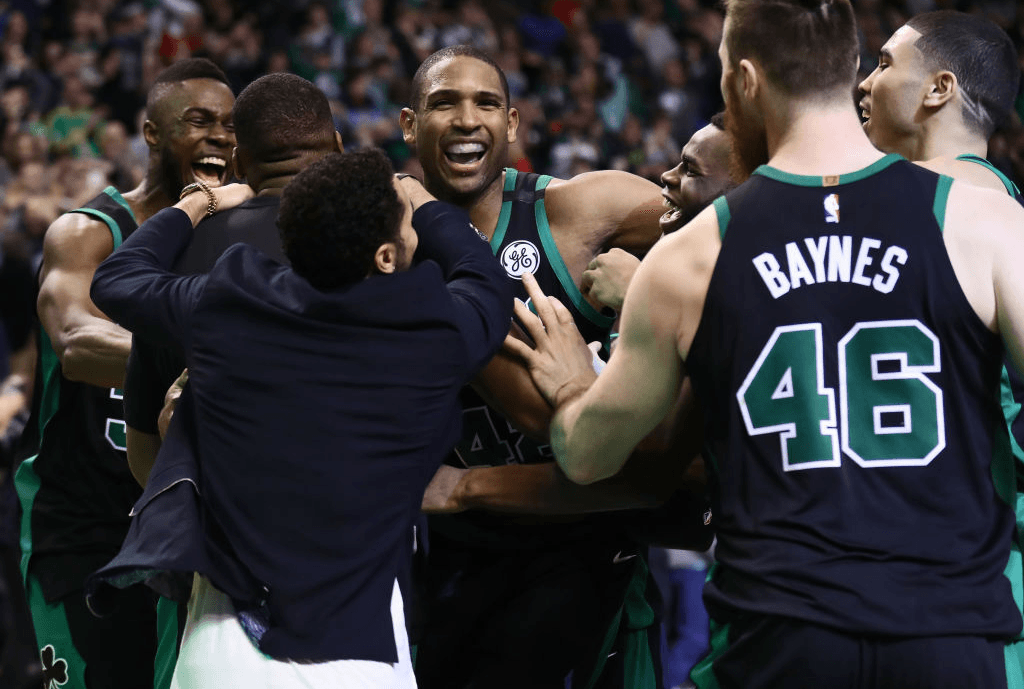 The cellar dwelling Hawks needed some late game heroics (and Knicks mishaps) to put another one in the “W” column. Kent Bazemore’s 3-pointer in the closing seconds secured the win.

Dewayne Dedmon led the Hawks with 12 points and 14 rebounds. Kristaps Porzingis had 22 points to go along with his five blocks and four steals for New York.

Portland’s dynamic duo of Damian Lillard and CJ McCollum combined for 43 points, but it wasn’t enough to overcome Boston’s balanced attack that ran the show with Kyrie Irving absent from the lineup due to injury.

Al Horford scored 22 points including the final shot of the game, a fadeaway that just beat the buzzer to secure the dub.

The Bucks scored 36 first quarter points and never looked back as they built up a 21-point halftime lead.

Caris LeVert dropped 15 points off the bench for the Nets.

The Raptors turned on the locks in the final period of play, outscoring the Grizzlies 25-12 in the final 12 minutes.

Despite Kyle Lowry and DeMar DeRozan scoring far below their season average, the rest of the Raptors stepped up big time with Fled VanVleet being the unsung hero with 13 points, eight assists, seven rebounds and two steals off the bench.

The Thunder lost its fourth game in a row despite a stellar 36-point outing from 2017 MVP Russell Westbrook as six Lakers scored at least 13 points.

The Lakers led by as many as 12 in the final two minutes of play and heroics from Westbrook and Paul George cut that down to as little as three as the rambunctious home crowd edged them on.

It was an afternoon of milestones for Charlotte as Kemba Walker became the franchise’s all-time leader in 3-pointers made, Dwight Howard became the eighth player since 1983 to notch 700 career double-doubles and Treveon Graham scored a career-high 15 points.