James Harden efficiently puts on a clinic in LA, plus solid performances from Jimmy Butler, Nik Vucevic and the Spurs. 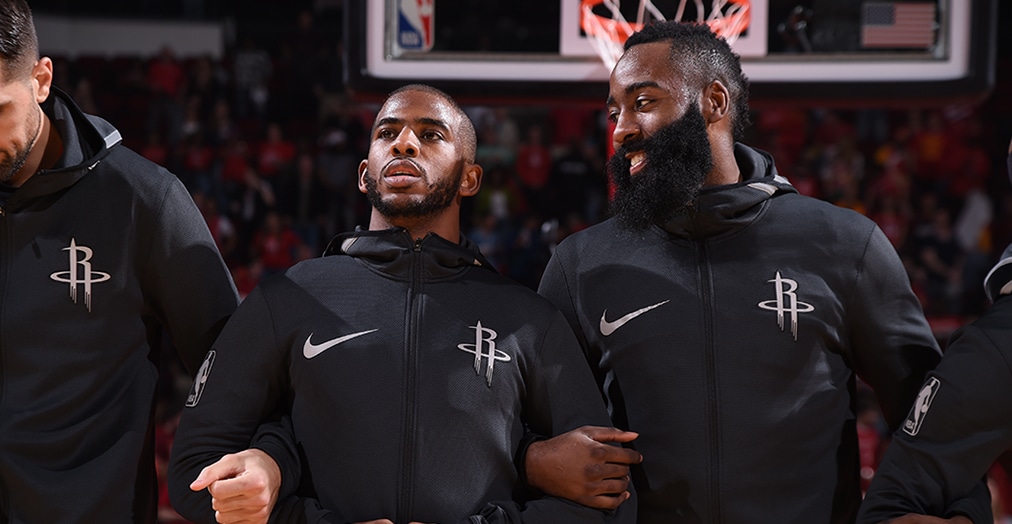 The Magic opened up a 17-point lead in the first quarter. But even without Kristaps Porzingis (ankle) and Tim Hardaway Jr (left leg injury), the Knicks fought back into the game, taking a 3-point lead and forcing four ties and ten lead changes.

The Magic eventually gained control of the game, keeping the Knicks at arms-distance, thanks to 34 points and 12 rebounds from Nik Vucevic. Michael Beasley led the Knicks with 21 points.

As they’re known to do, the Warriors used a deadly third quarter to beat the Heat. The Dubs held just a two-point lead at the half. By the time the third quarter clock had run out, they were up by 22. Stephen Curry had 30 points and Kevin Durant added 24 points and 7 assists.

Shaun Livingston got ejected in the second quarter after he and referee Courtney Kirkland butted heads.

Jimmy Butler played savior tonight for the Wolves, who were fending off a pesky Clippers squad. Butler had 20 points in the fourth. He finished with 33 points, narrowly outgunning Austin Rivers, who scored a season-high 30 points for L.A.

After Rivers dropped his seventh three-pointer of the night, Butler took over, scoring 9 straight points for Minnesota.

All ten Spurs that got into the game scored at least 4 points, led by Dejounte Murray‘s 17. Murray led the Spurs in rebounding and assists, too, pulling down 11 boards and handing out 5 assists.

The Spurs locked up and held OKC to 27 percent three-point shooting. They only shot 28 percent from distance but the silver & black controlled the game’s momentum, making it a slugfest.

Russell Westbrook had his seventh triple-double of the season with 22/10/10. The Thunder survived to get the win after Brandon Paul missed a potentially game-tying three-pointer from the left wing.

James Harden had a light 36 points and 9 assists tonight, consistently carving up the Lakers defense to finish with 13-22 shooting. Eric Gordon had 22 and Chris Paul had 21. Harden helped the Rockets score 54 points in the paint that resulted in a 24-point lead. Tonight marked the seventh time that Harden has scored at least 30 points this season.