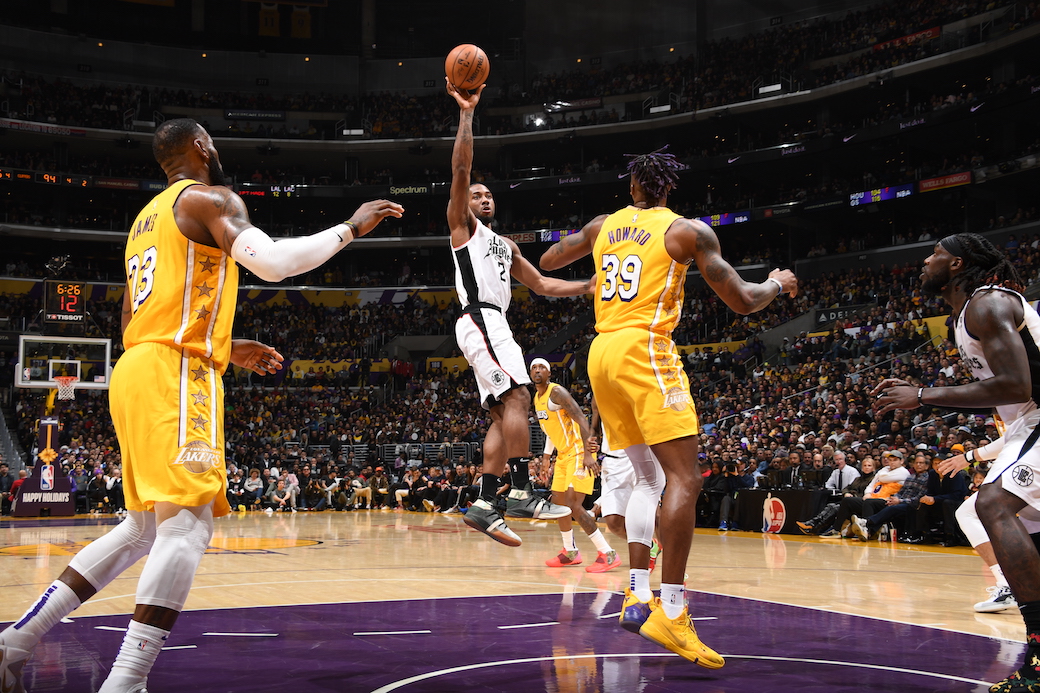 The Raptors came out scorching hot, with Serge Ibaka and Kyle Lowry fueling a 10-0 run to start the game, but it was all green from there on out. The Celtics played a sound game, with all five starters scoring in double-digits and Enes Kanter coming in off the bench to put up 12 points and 11 rebounds in only 18 minutes.

The matchup also served as a wonderful national exposure for Jaylen Brown, and how much he has improved this season. Brown scored 30 points on an efficient 10-13 shooting with 6 rebounds and 4 assists, displaying his smooth handles on this sweet step-back jumper.

In Philly’s first Christmas Day game in 31 years, Joel Embiid put up a triple-double (31 points, 11 rebounds) in the W. The Sixers caught fire from deep, knocking down a franchise-record tying 21 3-pointers, to go 16-2 at home. Tobias Harris was Philly’s second-leading scorer with 22 points.

Golden State earned its first win of the season against a team over .500 thanks to a dominant fourth quarter against the Rockets. The Warriors boasted three 20-point scorers in Damion Lee (22 points), D’Angelo Russell (20 points) and Draymond Green (20 points). Russell Westbrook and James Harden combined for 54 points, but fell short of the Christmas win.

The second Battle for Los Angeles lived up to its name as the Clippers overcame a 12-point halftime deficit to down the Lakers — the largest comeback win on Christmas Day since 2003.

Patrick Beverley — who was a game-high +26 for the Clippers — blocked LeBron James’ potential game-tying 3-pointer with 3.6 seconds to go. Kawhi Leonard scored 35 points on 11-for-19 shooting to lead all players. Kyle Kuzma had a team-high 25 off the bench for the Lakers.

Brandon Ingram had a career night in the Mile High City, hitting 7 3s en route to a 31-point performance, as the Pelicans snapped Denver’s seven-game winning streak. Jrue Holiday was the Pelicans’ second-leading scorer with 20 points, JJ Redick had 15 and Lonzo Ball finished with 10 points.