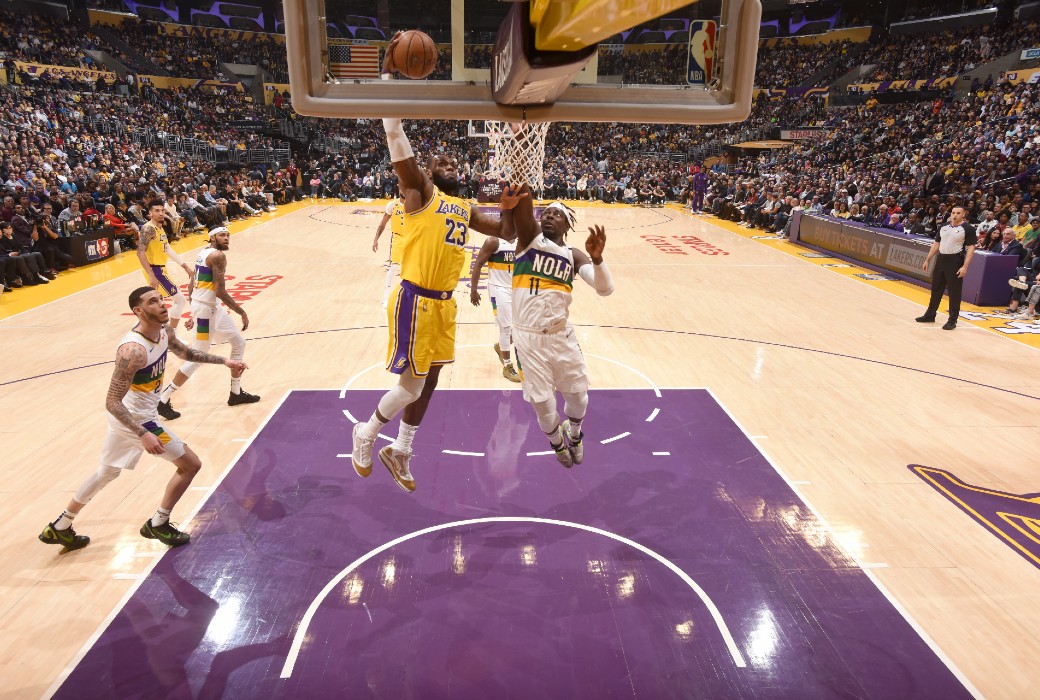 Domantas Sabonis led the way with 21 points, 15 rebounds, and 9 assists on 8-10 shooting as Indiana cruised to a win at home. Five other Pacers scored in double figures, including T.J. Warren (19) and Malcolm Brogdon (15). Myles Turner was dominant on the defensive end, finishing with a career-high 8 blocks. The Hornets were led by Miles Bridges who dropped 17 in the loss.

In a much-anticipated battle between the top two teams in the East, the Bucks pulled away in the third quarter, outscoring the Raptors 34-19 en route to their 50th win of the season. Khris Middleton dropped a team-high 22, while Giannis stuffed the stat sheet with 19 points, 19 rebounds, and 8 assists. Eric Bledsoe added 17 and 7 rebounds, and Brook Lopez finished with 15 points and 5 blocks in the win. Pascal Siakam finished with 22 points and 5 3PM in the loss.

It was a wild one in the Windy City. The Bulls erased a 24-point second half deficit to tie the game late. The comeback was led by Coby White (35 points, 6 3PM, 7 rebounds) and Zach LaVine (41 points). But big-time buckets from Chris Paul and clutch free throws from the entire Thunder team held off the Chicago surge and secured the road win. Danilo Gallinari finished with a team-high 24 points, and Dennis Schroeder and Shai Gilgeous-Alexander each dropped 21 in the win. CP3 added 19 points and 9 assists for OKC.

The Nuggets picked up their 40th win of the season, led by 29 points off the bench from Jerami Grant. Jamal Murray added 16 points and 8 assists in the win. For Detroit, Derrick Rose and Christian Wood each dropped 20 in the loss.

Boston also secured win number 40 on the road in Portland. Jayson Tatum was unstoppable, dropping 36 points, including a career-high 8 3PM to lead the Celtics. Jaylen Brown added 24 points, and all five Boston starters finished in double figures. Without Damian Lillard, the Blazers were led by CJ McCollum, who dropped 28, and Hassan Whiteside, who finished with 18 points and 19 rebounds in the loss.

It was the game every NBA fan had been waiting for: the first installment of LeBron vs. Zion. And it did not disappoint.

The Pelicans battled tough with the West’s top team, but the Lakers pulled away in the fourth, outscoring New Orleans 30-23 in the final frame. LeBron showed out, dropping a season-high 40 points to go along with 8 rebounds and 6 assists in the win. Anthony Davis finished with 21 points, 14 rebounds, and 6 blocks, and Danny Green added 17 points on 5 3PM. Brandon Ingram led the way for New Orleans, dropping 34 points on his former team. In Zion’s first matchup with the King, he finished with 29 points, including 13-19 from the free throw line.

Harris Barnes and De’Aaron Fox each finished with 21 points to lead the Kings to the win on the road. Bogdan Bogdanovich dropped 17, and Buddy Hield added 19 off the bench in the win. The Warriors had all five starters finish in double figures, led by Marquese Chriss with 21, and Andrew Wiggins with 16.