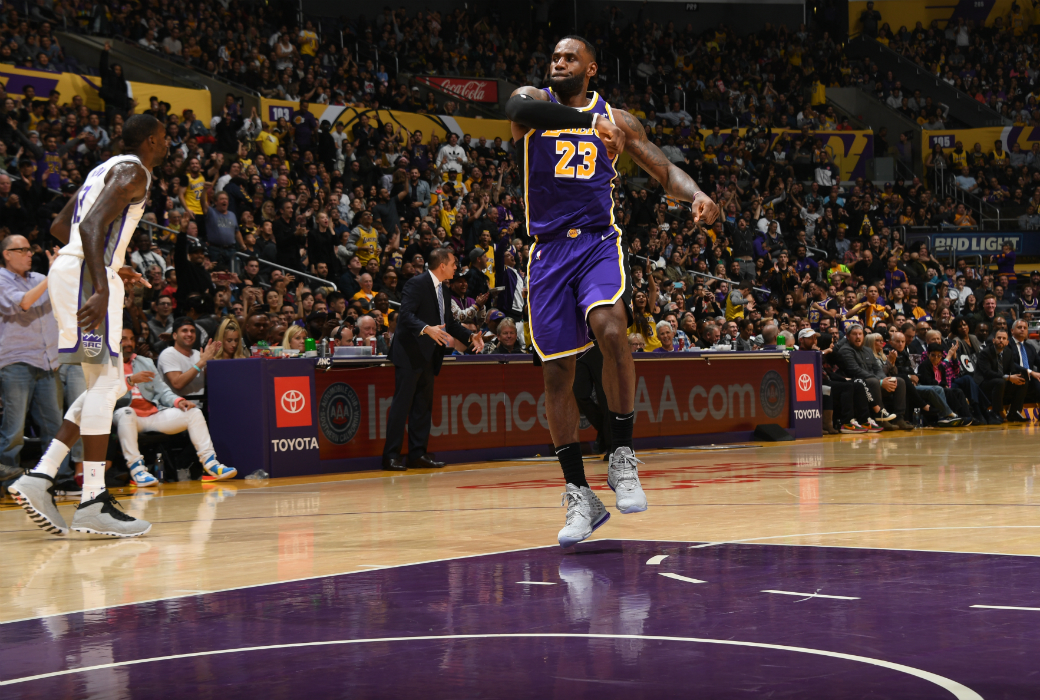 Well, that was certainly surprising. The surgically consistent Spurs have now dropped four losses in a row. Seeing the record “5-7” next to the Spurs looks like a typo, but it’s not. DeMar DeRozan led the squad with 21 points, with jitterbug Patty Mills adding 13 points and three steals off the bench.

The Magic, albeit missing rising star defender Jonathan Issac, got a very quality win behind Evan Fournier’s 26 points. They also got double-doubles from both Nikola Vucevic and Al Farouq-Aminu.

Hello Malik Monk! The former Kentucky Wildcats star has had a quiet start to his career, but he splashed a cold-blooded dagger to send the Pistons packing.

It’s been a season of injuries thus far for the Pistons, but on the bright side, reserve guard Langston Galloway exploded for 32 points off the bench.

James Harden is really about to average 40 points per game, isn’t he? The Beard dropped another absurd statistical line of 44 points, eight rebounds, five assists and four steals. Also, shoutout to Ben McLemore for stepping into the starting lineup and contributing 21 points. Good to see him thriving.

The Pacers lost Malcolm Brogdon to an early injury, but stayed in the game until the Beard put them away with step-back dagger after dagger.

To be fair, the Timberwolves were missing Andrew Wiggins, who has been fantastic thus far this season. Birthday boy Karl Towns may not have gotten the result he wanted, but he still put up an impressive 36 points and 10 rebounds (and seven turnovers).

Awesome win for the Grizzlies, getting a win against an old friend in Mike Conley. Rookie point guard Ja Morant has become a must-watch; it seems like he has at least two jaw-dropping highlights a game. He finished with 25 points and eight assists.

Donovan Mitchell (29 points, nine rebounds and five assists) and Rudy Gobert (23 points, 17 boards and five blocks) both had stellar performances, but it clearly was not enough.

Quite a night for upsets. The gritty Thunder gutted out a tough victory against the imposing 76ers. It was a full team effort, with Danillo Gallinari scoring 28, Chris Paul scoring 27 (with the dagger), Shai Gilgeous-Alexander scoring 24 and Terrance Ferguson pouring in 19.

It’s definitely a disappointing loss for a heavily favored 76ers team, but at least they can take solace in the fact that offseason acquisition Josh Richardson scored 28 points and has acquitted himself nicely over this first few weeks.

In a thrilling back-and-forth duel, the Lakers emerged victorious thanks to some LeBron James brilliance and a clutch Anthony Davis rim denial. Also, LeBron had the dunk of the year, so no big deal.

The Kings hung on until the very end, thanks to Bogdan Bogdanovic’s contorting layups and contested threes, but it wasn’t enough to stop the rollicking Lakers.

The Celtics remain the only team in the league with a single loss, edging out the Warriors late in the game. Jayson Tatum, Kemba Walker and Jaylen Brown all showed out, putting up a combined 66 points.

The shorthanded Warriors played their tails off, and they may have found something in rookie Eric Paschall, who has looked like a mini-Draymond. Alec Burks also chipped in 20 points off the bench.