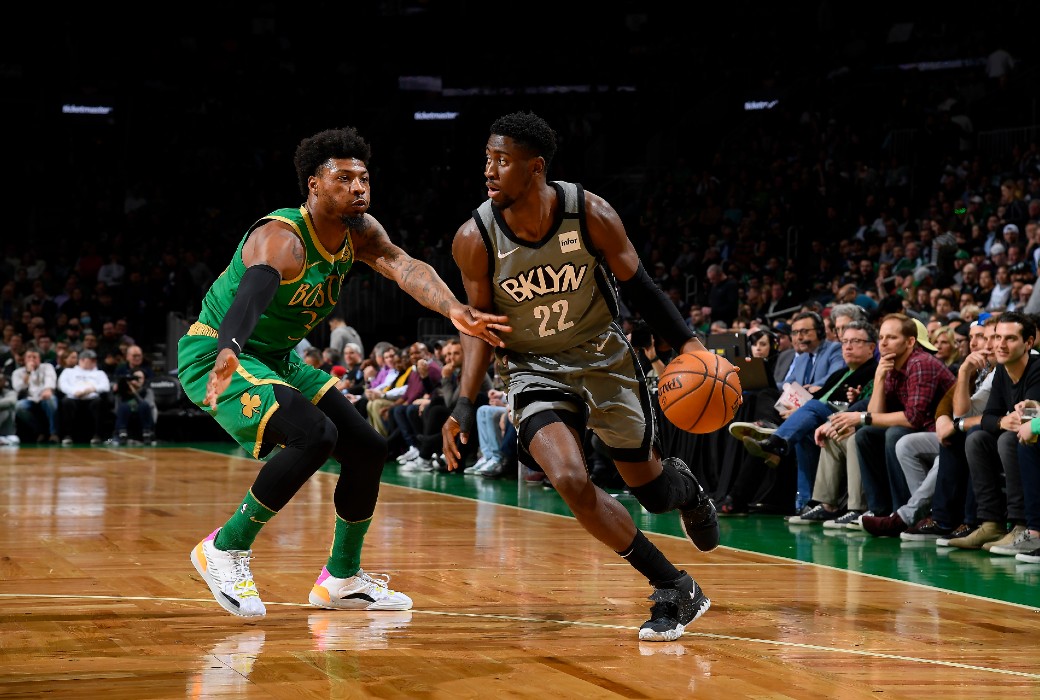 In Tim Duncan’s head coaching debut, the Spurs picked up a win in a tight game on the road in Charlotte. San Antonio was led by Dejounte Murray, who finished with 21 points, 6 assists and 5 rebounds. For the Hornets, Terry Rozier dropped 20 points to go along with 5 assists and 6 rebounds, and PJ Washington added 19 in the loss.

It was an absolutely wild one in TD Garden.

The Nets trailed by as many as 21-points in the second half, and were down 17 heading into the fourth. Then Caris LeVert put on a show. The Nets outscored Boston 51-34 in the fourth to force OT behind an insane 26-POINT quarter from LeVert. He stayed hot in OT, scoring all 11 points for Brooklyn and lifting them to the win. Despite having just 14 points at the start of the fourth quarter, LeVert finished with a career-high 51 on 17-26 shooting and 5-10 from downtown. The Boston defense just had no answer for the Michigan product, who put on one of, if not the best performance of the 2019-2020 season thus far.

The Celtics were led by Jaylen Brown, who dropped 22, and Kemba Walker, in his return from injury, who added 21. Marcus Smart stuffed the stat sheet with 14 points, 10 assists, 6 rebounds, 2 blocks, and 2 steals in the loss.

In a high-scoring affair, the Timberwolves outscored the Pelicans 30-23 in the final frame to pick up the win on the road. Malik Beasley led the way, finishing with 28 points on 11-13 shooting and 4-5 from three. DeAngelo Russell added 23 points and 8 assists in the win, and James Johnson dropped 19 points, 5 assists, and 6 rebounds off the bench.

Zion Williamson extended his streak of 20-point games to 12, finishing with 25 points and 8 rebounds on 10-19 shooting. Zion was one of five Pelicans to finished with 24 or more points. Jrue Holiday was awesome, completing a triple-double with 27 points, 12 assists and 10 rebounds. Lonzo Ball added 26 points (including 7 threes), 8 assists and 5 rebounds, and Brandon Ingram dropped 24.

In a battle between two Western Conference playoff teams, the Clippers picked up the impressive win on the road, their 5th straight victory. Kawhi Leonard scored 25 to go along with 8 rebounds, and Paul George added 16 to lead the way. For OKC, Dennis Schroder dropped a team-high 24 in the loss. Chris Paul added 14 points and 7 assists.

The Warriors picked up one of their most impressive wins of the season, beating the Nuggets by double digits in Denver. Andrew Wiggins showed out, finishing with 22 points, 10 assists and 5 rebounds to lead Golden State. Eric Paschall added 22 points, 5 rebounds and 5 assists off the bench. Paul Millsap and Will Barton each dropped 18 in the loss for Denver. Nikola Jokic added 16 points, 13 rebounds, and 7 assists.

Trailing by 7 at the break, the Raptors rallied in the second half to beat the Suns in Phoenix. Pascal Siakam was dominant, dropping 33 points on 12-20 shooting and 5-9 from deep. Kyle Lowry added a very solid stat line of 28 points, 6 assists and 5 rebounds, and Norman Powell dropped 26 in the Raptors win. Devin Booker scored a team-high 22 and added 10 dimes, and Cam Johnson finished with 21 points on 5 made threes in the loss.

The Lakers blew the game open in the second quarter, outscoring Philly 37-19, and maintained the lead in the second half to secure the home win. Anthony Davis went off, scoring 18 of his game-high 37 in the second quarter. AD also finished with 13 rebounds and 4 blocks. LeBron added a light 22 points, 14 assists and 7 rebounds on 9-16 shooting in the win. Without Ben Simmons and Joel Embiid, Philadelphia was led by Glen Robinson III, who dropped 25 points on 10-15 shooting off the bench.

The Wizards stormed back after being down by 28, outscoring Sacramento 46-19 in the third quarter to tie the game heading into the fourth. But Washington responded, winning the final frame 38-31 to secure the win on the road. The Kings were led by De’Aaron Fox, who dropped 31 points on 12-19 shooting in the win. Bogdan Bogdanovic added 21, and Buddy Hield scored 17 off the bench. For the Wizards, Bradley Beal finished with a game-high 35 points in the loss.