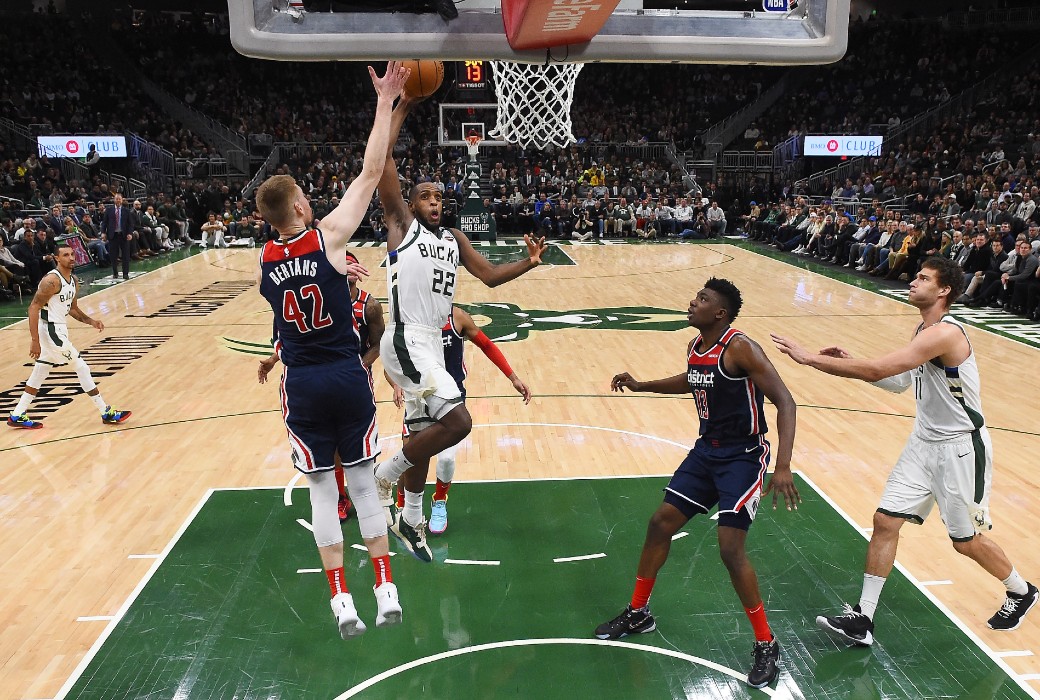 Terry Rozier led a second half comeback for the Hornets, finishing with a game-high 30 points to go along with 10 rebounds. For the Knicks, Julius Randle dropped 24 points and Marcus Morris Sr. added 23 points in the loss. In honor of Kobe, the Hornets wore special arm sleeves that had 8 and 24 written in purple and gold.

It was an emotional night in Kobe’s hometown of Philadelphia, where the Sixers took the floor in number 8 and number 24 jerseys for pregame warmups. Still wearing number 24 in honor of Mamba, Joel Embiid finished with 24 points and 10 rebounds to lead the 76ers to the win at home. Embiid even scored his 24th point on a textbook, Kobe-like fadeaway from the corner. For the Warriors, DeAngelo Russell dropped 28 points and 7 assists in the loss.

The Pelicans built off a 40-point first quarter to pick up the win on the road in Cleveland. New Orleans was led by Jrue Holiday, who finished with 28 points and 8 assists, and Brandon Ingram, who scored 24 in the win. Zion Williamson added 14 points and 9 rebounds on 7-13 shooting. Collin Sexton finished with a team-high 24 points for the Cavs, and Kevin Porter Jr. added 21 off the bench.

Pascal Siakam and Serge Ibaka led the way for Toronto, both finishing with 24 points. This win marked the Raptors 8th in a row, and they are now in sole possession of second place in the East. For Atlanta, John Collins had a big night, finishing with 28 points and 12 rebounds on 11-14 shooting.

The Grizzlies continued their impressive play, picking up a win over one of the top teams in the West. Dillon Brooks dropped 24 points to lead the way for Memphis, and Jonas Valanciunas added 23 points and 12 rebounds. The Grizzlies improved to 8-2 in their last 10. The Nuggets were led by Nikola Jokic, who finished with 25 points, 13 rebounds, and 5 assists in the loss.

The Celtics picked up an impressive win on the road against the Heat, who had won 14 straight home games against Eastern Conference opponents. Gordan Hayward dropped a team-high 29 points to go along with 9 rebounds, and Jaylen Brown added 25 points on 10-16 shooting. The Heat were led by Goran Dragic, who dropped 23 off the bench in the loss.

Devin Booker and DeAndre Ayton proved to be a dominant duo, leading the Suns to an impressive road victory over Dallas. Booker finished with 32 points, 6 rebounds, and 9 assists, and Ayton dropped 31 points on 13-15 shooting. Luka Doncic led the Mavs with 21 points .