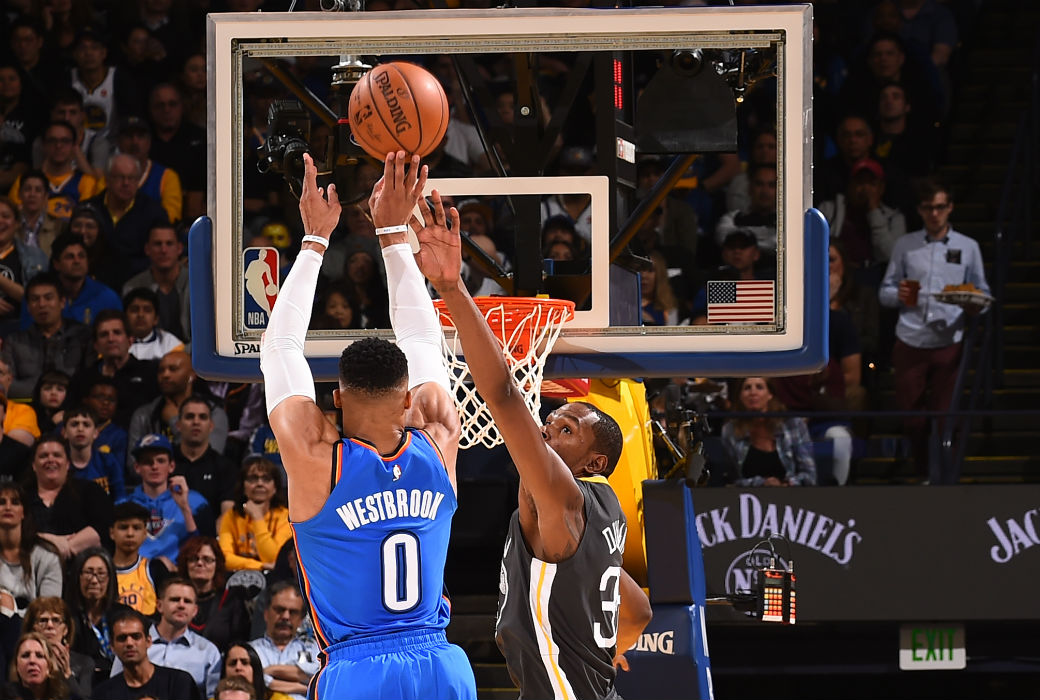 It may be time to panic in Cleveland. With Thursday’s trade deadline creeping up and the Cavs continuing to struggle mightily — they were outscored 65-31 in the second half and scored just nine points in the final frame — GM Koby Altman might have to make a big move this week, and you definitely can’t blame him for wanting to do so.

🎉🎉🎉 MAGIC WIN 🎉🎉🎉@ThaRealJsimms erupted for a career-high 34 points as Orlando rallied back from a 21-point deficit to beat the Cavs, 116-98! pic.twitter.com/QuRw5qtVqt

LeBron led Cleveland with 25 points and 10 rebounds, but no other Cavalier scored more than 12. After a hot start, Isaiah Thomas (11 points and 8 assists on 3-of-13 shooting) struggled as the Cavs’ offense grinded to a halt after a solid 24 minutes of play. Orlando was led by Jonathon Simmons (34 points on 17 shots) and shot nearly 53 percent from the field as a team, despite Aaron Gordon being sidelined due to injury. That’s three losses in four games for the Cavaliers.

The NBA’s best home team just keeps on going. The Raptors moved to within just one game of the Atlantic Division-leading Celtics with the W tonight, getting 23 points and 8 rebounds from Kyle Lowry and 20 points from C.J. Miles off the bench. Toronto went 17-for-36 from three and held Boston below 40 percent shooting in Kyrie Irving‘s (17 points in 21 minutes) return to the floor.

Brad Stevens’ squad snapped a four-game winning streak with the loss. The Celtics have slowly ceded ground to the Raptors for the past couple of weeks with Toronto hitting a stride, so the divisional race is as close right now as it has been in awhile and probably will come right down to the end of the season.

Anytime a team commits 25 turnovers, it makes winning in the NBA a pretty tough task. That was too much for the Grizzlies to overcome down in Atlanta, as they went down by 16 at the break and weren’t able to recover. Scoring has been an issue for Memphis all year — even when Mike Conley was healthy — and the struggles have continued. The Grizzlies made just 4 three-pointers all night and were led by reserves Mario Chalmers (13 points) and Ivan Raab (10 points, 11 rebounds).

The Hawks took full advantage of Memphis’ miscues. Dennis Schroder had 22 points on 15 shots while rookie John Collins (15 points, 10 rebounds) made a difference off the bench. Both teams could look different after the deadline, as Tyreke Evans and Marco Belinelli both sat out to stay healthy for potential trades.

It was another one of those games for Chris Paul and James Harden. The Rockets’ stars combined to score 61 points on 20-of-38 shooting to bury a Nets team that hung around for over three quarters before Houston pulled away. Clint Capela (18 points, 11 rebounds) also played well around the rim.

CP3 and Beard both got whatever they wanted offensively. The problem, for awhile, was that was also the case for Brooklyn which got 21 points from trade candidate (and former Rocket) DeMarre Carroll as well as 18 points and 9 assists from Spencer Dinwiddie. Jarrett Allen continued his strong play, posting 16 points. But when the Nets needed stops to mount a comeback in the fourth quarter, they just couldn’t get them.

The awesome matchup of Kristaps Porzingis and Giannis got off to a fun start, as expected, but the excitement was cut short when KP fell awkwardly in the second quarter after throwing down a dunk. He suffered a left knee injury and had to be helped off the floor. A postgame MRI confirmed a torn left ACL, which means KP is done for the rest of the season.

Obviously, that put a damper on the game a bit, at least until Giannis went full Greek Freak on Tim Hardaway Jr. in the second half with possibly the biggest poster of the season. It’s incredible what that dude can do on the floor.

He wound up with 23 points, 11 boards and 6 assists. Eric Bledsoe (23 points, 8 assists) and Khris Middleton (20 points) chipped in. Enes Kanter‘s 19 points and 16 rebounds paced a Knicks team that has lost four in a row and might be without its best player for awhile.

The inconsistent Wizards struck again on Tuesday, as their five-game winning streak was basically ended in the first quarter. Philadelphia exploded to build a 37-20 lead in the opening frame and never looked back, even as Washington threatened to make a move toward the end of regulation.

Bradley Beal‘s 30 points wasn’t enough for the Wizards, who have played well without John Wall but need both Otto Porter (17 points, 8 rebounds) and Kelly Oubre (10 points on 4-of-13 shooting) to step up in his absence for them to tread water in the East.

Washington had no answer for Joel Embiid (27 points, 12 rebounds) or, for that matter, the rest of the 76ers. Philly shot over 55 percent from the field and was 14-for-28 from three with contributions coming from up and down the entire roster. Dario Saric (20 points, 7 rebounds) had a big game.

Don’t look now, but the Lakers are starting to play some pretty good basketball. That’s three straight wins for LA and seven wins in their last nine games, all with Lonzo Ball sidelined. Brandon Ingram (26 points on 12 shots) and Julius Randle (21 points, 8 rebounds) were great again, as was Josh Hart (15 points, 11 rebounds). The youth movement has sparked the winning, which only makes what the Lakers do this summer — when Randle is a restricted free agent — all the more interesting.

Julius finds Ingram to start off the second half #LakeShow (📺: @SpectrumSN & @spectdeportes) pic.twitter.com/MWJKnGtyct

Phoenix had no trouble scoring in the first half, even with Devin Booker on the bench, but the shots stopped falling after the break as things slowly slipped away from the Suns. TJ Warren had 24 points in the loss.

The Russell Westbrook revenge tour continues. A few months after the Thunder crushed the Warriors down in Oklahoma City, the same thing happened in Oakland as the combo of Russ (34 points, 9 rebounds, 9 assists) and Paul George (38 points) was way too much for Golden State. OKC roared out of the gates, scoring 41 first quarter points — 21 of which were from Russ — and the Dubs never really responded.

OKC was like a team possessed at Oracle Arena and — on both ends of the floor — completed dominated play. Kevin Durant got his 33 points and Steph Curry scored 21 in the Thunder’s first win at Golden State since 2013.