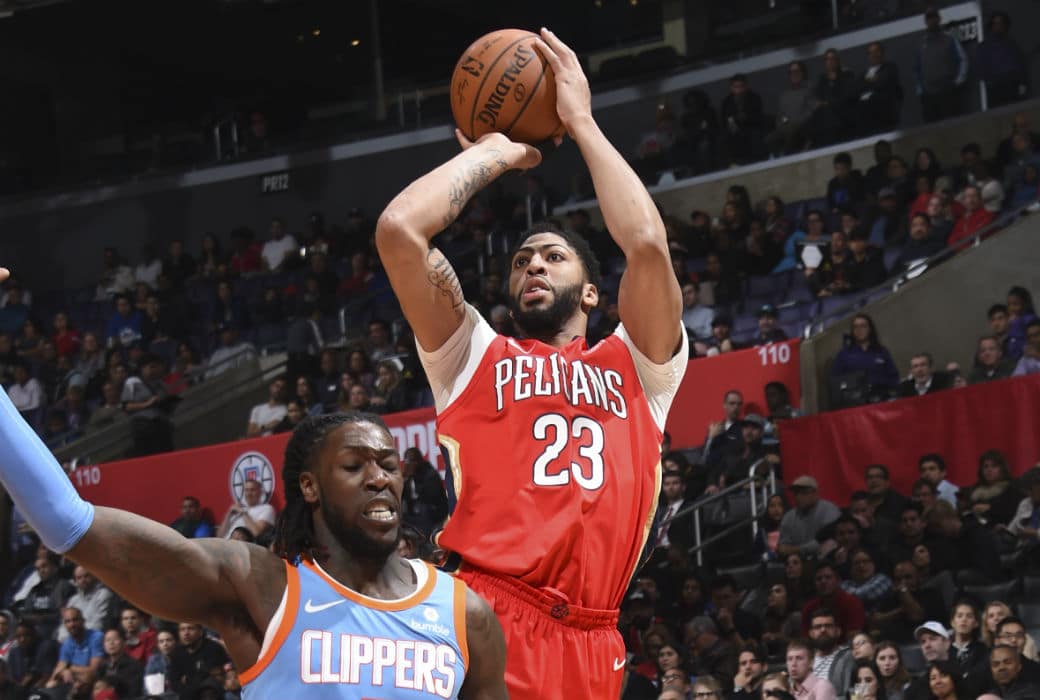 A meeting between the NBA’s best home team and worst road team went just as expected, with the Raptors weathering a fairly lackluster first three quarters to crush the Hawks in the final frame. Atlanta led 77-76 entering the fourth but ran out of gas as Toronto’s bench took over, showcasing the crazy depth the Raptors have. Dwane Casey stuck with his reserves down the stretch, allowing him to play all of his starters 28 minutes or less. DeMar DeRozan paced Toronto with 25 points.

The Hawks committed 21 turnovers and 25 fouls, which let the Raptors (who struggled from three-point range) clean up at the free throw line. Not the best Raptors’ performance of the season but it was more than enough.

Under Steve Clifford, the Hornets have prided themselves on being a stout defensive team that makes its opponent work hard to get easy buckets. On Tuesday night, that wasn’t the case. Philly scored at will, dropping 71 first half points and hitting a remarkable 50 field goals (16 of which were threes) en route to a pretty easy win.

Ben Simmons (16 points on 8-9 shooting, 8 rebounds, 13 assists) was incredible and it rubbed off on the rest of his teammates. Every 76ers starter scored at least 14 points with new additions Marco Belinelli and Ersan Ilyasova reaching double figures off the bench.

Continuing his bounceback season, Dwight Howard (30 points, 6 rebounds) picked up the slack for a Hornets team that got almost nothing — five points on 1-9 shooting — from Kemba Walker. Philly had nearly as many assists (35) as Charlotte had field goals (40).

The Heat had almost no business being in this game but, if a missed five-second call was made and/or a point-blank Dwyane Wade floater went down, Miami would have stolen a win. Washington came out of the gate strong, leading 27-9 in the first quarter and holding sizeable advantages throughout the second half. However, Miami kept coming back and forced overtime with a Wade three-point play at the end of regulation.

Then, down 114-113 with 12.2 seconds left in the extra period, the Heat fell victim to a big officiating oversight. Markieff Morris appeared to take well over five seconds to inbound the ball but got away with it, allowing Tomas Satoransky to split a pair of free throws. A few seconds later, with a chance to tie up the score again, Wade found himself alone in the paint only to blow an open floater that may have extended the game. The loss pushed Miami to No. 8 in the East.

Bradley Beal scored a game-high 30 points on 16 shots to go with with six rebounds and seven assists.

Absolutely nothing can stop Houston right now, which extended its winning streak to 16 games. The Rockets haven’t lost since January 26th and are 35-3 with both James Harden (23 points, 11 assists, 10 turnovers) and Chris Paul (25 points) in the lineup. When they shoot as well as they did in Oklahoma City — over 53 percent from the field and over 51 percent from three — they’re essentially unstoppable.

The balanced scoring, with all nine guys to suit up scoring 6+ points, makes them even scarier in a playoff series. OKC was led by Russell Westbrook (32 points, 7 assists, 9 turnovers) and was able to keep it a game until the end but never was able to make a real push. The Thunder got just 21 bench points. Melo added 23 points and moved ahead of Jerry West for 20th place on the all-time scoring list.

Yogi Ferrell (24 points on 11 shots) and Dirk Nowitzki (17 points) combined to go 11-for-14 from beyond the arc to shoot the Mavs past the Nuggets and snap a three-game skid. Dallas, as a team, made 15 threes. Dennis Smith Jr. added an 18-point, 11-assist double-double. The Mavs used a big third quarter — in which they outscored Denver 38-23 — to take a lead they wouldn’t give up.

The Nuggets’ road struggles continued as they fell to 11-20 away from Pepsi Center on the season. They also fell just out of the playoff picture in the West. Nikola Jokic and Jamal Murray were basically non-factors as Wilson Chandler (21 points) was the only Denver starter to have a decent shooting night.

It feels like ages ago that people were questioning if Portland was having a disappointing season. The Blazers have now won eight in a row and, in third place in the West, are leading the pack of “good teams not named the Rockets or Warriors.” The biggest reason for Portland’s recent surge? Damian Lillard. Lillard, a night after dropping 39 points in a win over the Lakers, took it to another level against the Knicks.

All of our season-best 20 three-pointers versus the Knicks. pic.twitter.com/0PeVSmeTPf

Dame needed just 18 shots and 32 minutes to put up 37 as Portland cruised by New York. He went 8-for-11 from three and was simply unstoppable. C.J. McCollum (19 points) chipped in as the Blazers went a ridiculous 20-for-33 from deep. He’s incredible most nights but on the ones when he’s pulling up from 30+ feet, forget it.

The first half was a wild one, with the Warriors ripping off a 25-0 first quarter run to take an early 21-point lead only to be down at the break following a Nets 33-9 spurt. The sides went back-and-forth for much of the third quarter before Golden State started to break away with a 18-3 kick that put Brooklyn away.

Talk about a quick release 💦 pic.twitter.com/M5MVfwizav

Brooklyn couldn’t buy a three, going 9-for-34, and without a viable interior scoring option, went cold. D’Angelo Russell (22 points, 8 assists) was the Nets’ best player but couldn’t keep up with Stephen Curry (34 points on 20 shots) or Kevin Durant (19 points).

There just isn’t enough praise you can give to Anthony Davis at this point. Despite DeMarcus Cousins‘ season-ending injury and the West being as tough as it’s been in awhile, AD and the Pelicans just keep pushing. He put up 41 points and 13 rebounds in LA tonight for New Orleans’ ninth-straight win. Jrue Holiday (19 points, 17 assists) wasn’t particularly efficient offensively but made the defensive play of the game, stripping Lou Williams late to seal the victory.

LA came up short in yet another Players Only TNT comeback, making up a 16-point fourth quarter deficit to actually take a four-point lead with two minutes left to play. That’s when AD took over, making New Orleans’ last three field goals including a tough turnaround jumper to break a 113-113 tie.

The win moved the Pelicans up a half-game over idle San Antonio and Minnesota into the No. 4 seed in the tough and muddled West. It’s a tenuous spot for sure but with AD playing like a MVP candidate, no one wants to take on the Pellies right now.