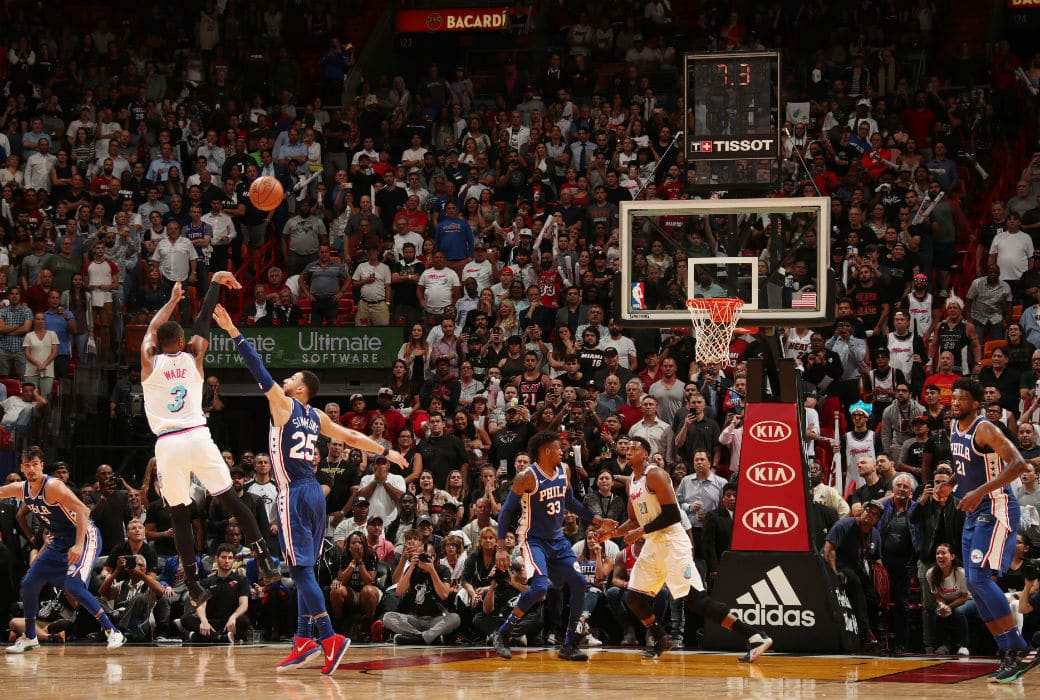 The tank continues for the Bulls, who have lost five in a row. They committed 20 turnovers and let the Hornets shoot almost 54 percent from the field (with 15 threes). Kemba Walker went to work on Zach LaVine, dropping 31 points on just 19 shots, while Dwight Howard posted 24 points and five blocks.

Chicago hung around for the first half but faded after the break as Charlotte scored 67 second half points against a lax defensive effort. At this point of the season, the Bulls are just biding their time until June’s draft and it’s really starting to show. The Hornets, on the other hand, have won five straight and are right in the mix for the No. 8 seed in the East.

It hasn’t all been smooth-sailing for the post-deadline Cavs after their hot start. Coming off home losses to the Wizards and Spurs (with a win over the Grizzlies in the middle), Cleveland had trouble with Brooklyn basically all game and needed a Rodney Hood and-one down the stretch to finally get some separation.

Cavs gonna hold on, Rodney Hood puts it away 💦 (via @cavs) pic.twitter.com/YuxOvNd5Vk

Hood played well but it was, of course, LeBron who stole the show. LBJ (31 points, 12 rebounds, 11 assists) put together his 12th triple-double of the season and became the first player in NBA history with 30,000+ points, 8,000+ rebounds and 8,000+ assists. Oh, and he also clinched averaging a triple-double in the month of February. Just another record-breaking night for the best player in the world.

Sometimes, a change of scenery is all a guy needs to start playing better. In Dwyane Wade‘s case, that definitely seems to be the truth.

Father Prime scored a game-high 27 points — off the bench in 25 minutes — and knocked down a trademark step-back jumper over Ben Simmons to give the Heat a lead they would hold onto, thanks to a J.J. Redick miss as time expired. It was classic Wade in every single way.

Joel Embiid had a strong night, scoring 23 points and grabbing eight boards, but it wasn’t enough. Philly committed 23 turnovers and saw its lead on the Heat in the standings fall to just a single game.

Despite some locker room turmoil and not having John Wall, the Wizards are slowly putting together one of their best stretches of the season. The victory over the Bucks on Tuesday night was Washington’s fifth in six games and featured scoring from across the boards (nine different players scored 6+ points).

Bradley Beal‘s (21 points, 7 rebounds, 8 assists) three as the shot clock expired toward the end of regulation turned out to be the dagger. Giannis was just two assists and four blocks from a crazy rare quadruple-double but missed a game-tying jumper with just over four seconds left to play. John Henson couldn’t get the follow-up attempt to go and the Wizards (barely) held on.

Portland took a double-digit lead in the first quarter and never looked back, using a 66-point opening half to bury the Kings. Damian Lillard (24 points, 12 assists) paced the Blazers on an off-night for C.J. McCollum; he was helped by Jusuf Nurkic (17 points on 7-9 shooting). Terry Stotts’ squad is just 1.5 games behind the Timberwolves for the No. 3 slot in the West.

This one was kind of a snooze for awhile as the Nuggets controlled play behind basically the entire starting lineup (which combined to score 96 of Denver’s 120 points). But when Doc Rivers, with his team down 82-63 late in the third quarter, put in Boban Marjanovic (season-high 18 points) for the first time all game, the tide immediately turned.

Before tonight, Boban played 1 minute as a Clipper. He’s dropped a season-high 18 points. (via @LAClippers) pic.twitter.com/N7exd1KyOV

Boban had appeared in just one game for the Clippers prior to Tuesday night, playing a single minute and not scoring a point. In Denver, though, he dominated the paint and LA ran its offense through him to perfection. The Clippers rolled off a 37-10 run to push ahead and they didn’t trail for the rest of the way. Doc decided to stick with Boban the rest of the way, leaving DeAndre Jordan on the bench, and he was rewarded in a big way.

Despite the sudden turnaround, the Nuggets had a chance to go for the win with 7.4 seconds left after Austin Rivers split a pair of free throws. Denver had the ball down 122-120 but Jamal Murray couldn’t get a shot off, with Tobias Harris coming up with the game-clinching steal. Definitely one of the crazier comebacks we’ve seen in a season filled with them.