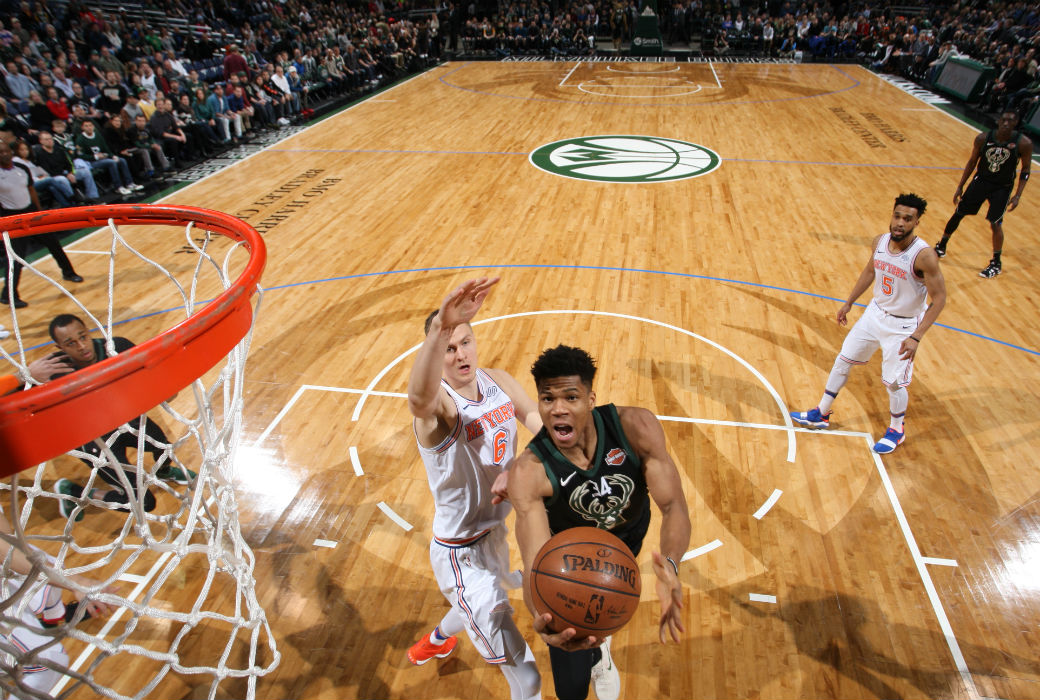 Charlotte dropped 49 points in the first quarter — the most by any team in any quarter this season — and, despite a second half surge from Indiana, was able to hold on behind 72 combined points from Kemba Walker (41 points, 9 assists) and Nicolas Batum (31 points, 9 rebounds).

The Hornets just dropped 49 points in the 1st Q… (via @hornets) pic.twitter.com/YjveFDFjYU

Neither team had much trouble scoring in this one. Victor Oladipo led the visitors with 35 points on 21 shots while Myles Turner (19 points, 11 rebounds) and Bojan Bogdanovic (18 points) helped with the offensive load. The Hornets hit 15 threes on 33 attempts.

On the night Brook Lopez made his return to Brooklyn to take on the team whose franchise scoring list he leads, the Lakers’ young guns stole the show in a close win. Brandon Ingram (16 points, 8 rebounds, 10 assists) nearly posted a triple-double and Julius Randle (19 points, 12 rebounds) dominated the Nets down low. Lopez added 19 points on 8-of-13 shooting.

Joe Harris missed the game-tying three at the buzzer for Brooklyn, which was led by Spencer Dinwiddie (23 points, 7 rebounds, 9 assists) and rookie Jarrett Allen (career-high 20 points). LA won the rebounding battle by a margin of 56-38 and had 18 offensive boards, leading to 10 more field goal attempts.

Looking for just their fifth road win of the season, the Hawks showed some life early on as they led for much of the first half. Then, the third quarter happened. Atlanta got cold while Boston got hot, and the Celtics outscored the Hawks by 41-20 in the period to take control. Terry Rozier (31 points, 7 rebounds) had another career game in the absence of Kyrie Irving. Jayson Tatum (27 points, 4 steals) played well on both ends of the floor.

The rookie spins baseline for the jam! pic.twitter.com/VkgkR9UoEJ

Taurean Prince, the injury replacement for Malcolm Brogdon in the Rising Stars Challenge, dropped 31 points and eight rebounds to pace the Hawks. Dennis Schroder had 25 points on 10-of-20 shooting.

This one was never in doubt. Toronto led by 19 after a monster first quarter and never looked back. DeMar DeRozan needed just 30 minutes to score his 35 points on a night when the Raptors went 19-for-40 from three-point range. Six Raps scored in double figures. Toronto is now 20-4 at home this season, which is the best home record in the NBA.

30 piece, no sauce… And counting. pic.twitter.com/1mCOhv5O66

Damian Lillard (32 points, 10 assists) was the best Blazer all night but — other than Jusuf Nurkic (20 points) and C.J. McCollum (21 points) — he didn’t get much help. Those three accounted for all but 32 of Portland’s total points.

Despite going just 5-for-25 from beyond the arc, the Knicks held a slim lead down the stretch in Milwaukee before Giannis Antentokounmpo (29 points, 11 rebounds) tied up the game at 90 with two minutes left to play. New York had a pair of great chances to take the lead after that, but Tim Hardaway Jr. missed a pair of free throws and Enes Kanter‘s layup rolled off the rim. That gave Giannis a chance to be the hero, and he took full advantage.

The game-winner in Milwaukee! 🇬🇷 (via @Bucks) pic.twitter.com/qfPqMynyW0

Kanter was great all game, finishing with 17 points and 18 rebounds. But, Hardaway was 1-for-14 from the field and Kristaps Porzingis (17 points, 7 rebounds) struggled with his outside shot, so points weren’t easy to come by for the Knicks. Jabari Parker scored 12 off the bench for Milwaukee in his season debut following his recovery from an ACL tear that kept him out of the lineup since last February.

Even an extended 32-11 fourth quarter run by Miami couldn’t help the Heat overcome a rough first 36 minutes on Friday in Philly. The 76ers used a balanced scoring attack — all five starters had 13+ points — to build a huge lead early in the second half. But, Miami didn’t go away, cutting the Philly lead to just five with under two minutes to play. Back-to-back buckets from Ben Simmons (20 points) and Joel Embiid (17 points, 11 rebounds), though, cut down the comeback attempt.

The perks of being 7-feet tall. pic.twitter.com/rNIDj3qIN1

Kelly Olynyk scored 19 points as a reserve to lead the Heat, while Bam Adebayo (15 points, 13 rebounds, 6 assists) continued to impress. Miami shot under 40 percent from the field and just 65 percent at the free throw line.

New Orleans needed to get back on track following consecutive post-Boogie injury losses to the Clippers and Kings, and getting a W against the Thunder in Oklahoma City certainly helps with that. Most of the work was done by Anthony Davis, who posted a casual 43-point, 10-rebound double-double. E’Twaun Moore — a very sleeper Most Improved candidate — was perfect from three-point range en route to scoring 26 points on 10-of-14 shooting.

Steven Adams (23 points, 12 rebounds) held his own with AD but even he couldn’t stop one of the Association’s most dominant big men. Weak shooting nights from Carmelo Anthony, Paul George and Russell Westbrook (who put together a triple-double, but had nine turnovers) contributed to OKC’s inconsistent offense.

Phoenix didn’t exactly put up much resistance against a determined Utah team, led by super-rookie Donovan Mitchell (40 points on 14-of-19 shooting with 7 threes).

Mitchell is playing like the biggest steal of the entire draft right now and, in all likelihood, is Ben Simmons’ biggest competition for Rookie of the Year. Considering he was traded on draft day to the Jazz from the Nuggets for Trey Lyles, he would be one of the unlikelier ROY winners in recent memory.

After coming back from an early double-digit deficit, the Warriors kept the Kings at bay most of the game but weren’t able to make their big push until midway through the fourth quarter when Sacramento cut the Golden State lead to 89-88. The Warriors rolled off eight straight points to take back control, which is where Kevin Durant (33 points on 17 shots) took over. He scored 10 points in a row — including a pair of threes — to finally bury the Kings.

Nick Young (12 points in 16 minutes) made some big threes off the bench. Sacramento had six players score in double figures, led by Zach Randolph (18 points), but let the Warriors shoot 55 percent from the field and were outrebounded by 18. The Kings did force 25 Golden State turnovers, which let this game stay close for as long as it did.