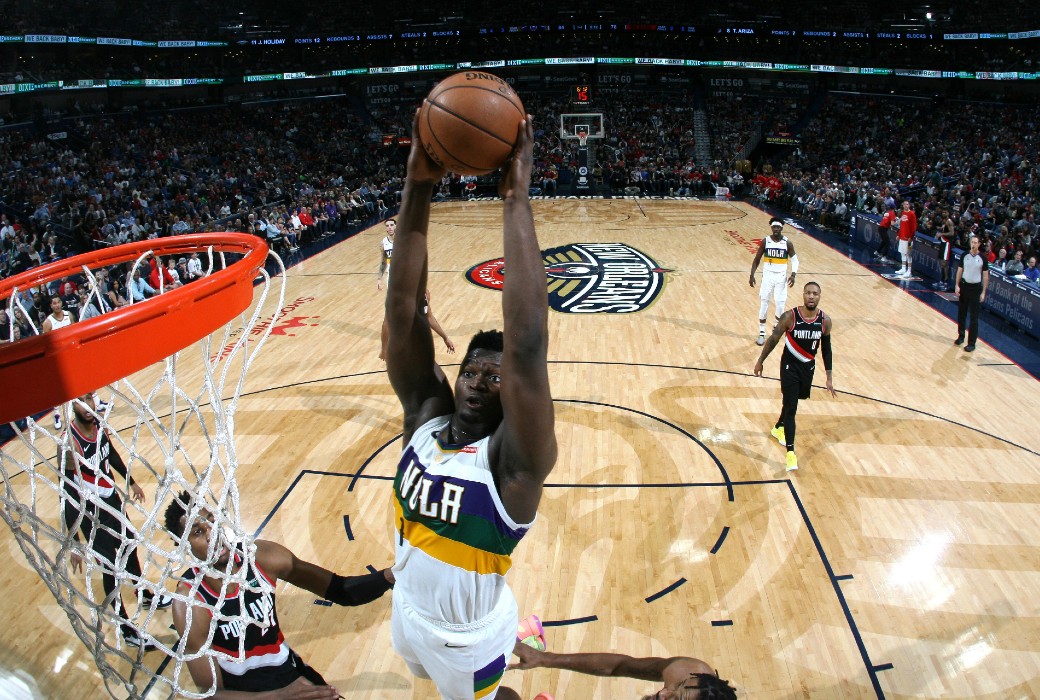 The 76ers picked up their 25th win at home, tied with the Bucks for most in the NBA. Ben Simmons was dominant, notching his second consecutive triple double with 26 points, 12 rebounds and 10 assists. Joel Embiid dropped 26 and Josh Richardson added 21 for Philly. The Clippers were led by Kawhi Leonard, who finished with 30 points and 9 assists in the loss.

The Wizards were led by Bradley Beal, who finished with 30 points and 7 assists in the home win. Rui Hachimura added 20 points. Zach LaVine dropped a game-high 41 points to go along with 9 rebounds in the loss.

It was the Zion Williamson show in New Orleans tonight. The rookie finished with 31 points on 10-17 shooting, the first 30 point game of his career. He also added 9 rebounds and 5 assists as the Pelicans cruised to the home win over the Blazers. JJ Reddick dropped 20 points off the bench, and Jrue Holiday and Lonzo Ball finished with 10 assists each. For Portland, CJ McCollum and Damian Lillard each scored 20 points.

The Spurs outscored the Thunder 35-29 in the fourth quarter to pick up an impressive win on the road. LaMarcus Aldridge led San Antonio with 25 points and 14 rebounds. Dejounte Murray added 25 points and 9 rebounds, and Patty Mills dropped 20 off the bench in the win. For OKC, Chris Paul finished with team-high 31 points and 7 assists.

The Rockets scored 38 points in the fourth quarter to pick up a big win, snapping a two-game losing streak. James Harden went off for 42 points, 8 rebounds and 7 assists, including scoring 19 straight Rockets points in a third quarter in which they outscored Boston 31-22. Russell Westbrook also shined, finishing with 36 points, 10 rebounds, and 5 assists in the win. Boston was lead by Gordon Hayward, who dropped a team-high 20 points in the loss.