Stephen Curry scored 45 points to propel the Warriors over Portland on Thursday. 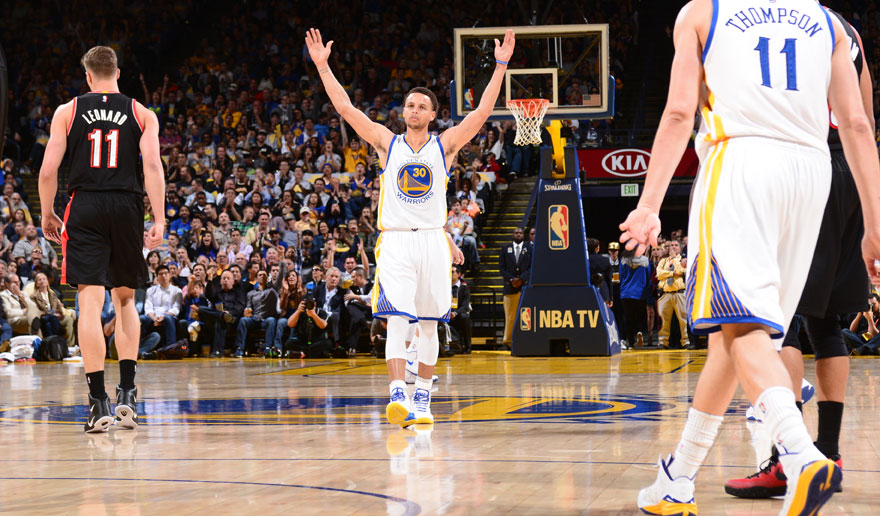 The Heat led by 19 at halftime, but the Bulls fought all the way back to win thanks to lockdown D in the second half.

Pau Gasol dropped 16 points and pulled down 15 rebounds. Taj Gibson and Aaron Brooks each scored 14 off the bench. In his second game back in action, DRose went for 12 points on 5-15 shooting in 20 minutes of play. Hassan Whiteside led the way for Miami with 19 points and 16 rebounds. With the loss, Miami is likely out of playoff contention.

Stephen Curry dropped 45 points and dished out 10 assists to lead the first place Warriors over Portland. He was absolutely ridiculous in the fourth quarter, dropping 17 in the period. He was hitting shots like he was in NBA Jam. It was a statement game for the baby-faced assassin. It was Curry saying, “I’m the best player in the league this season.”