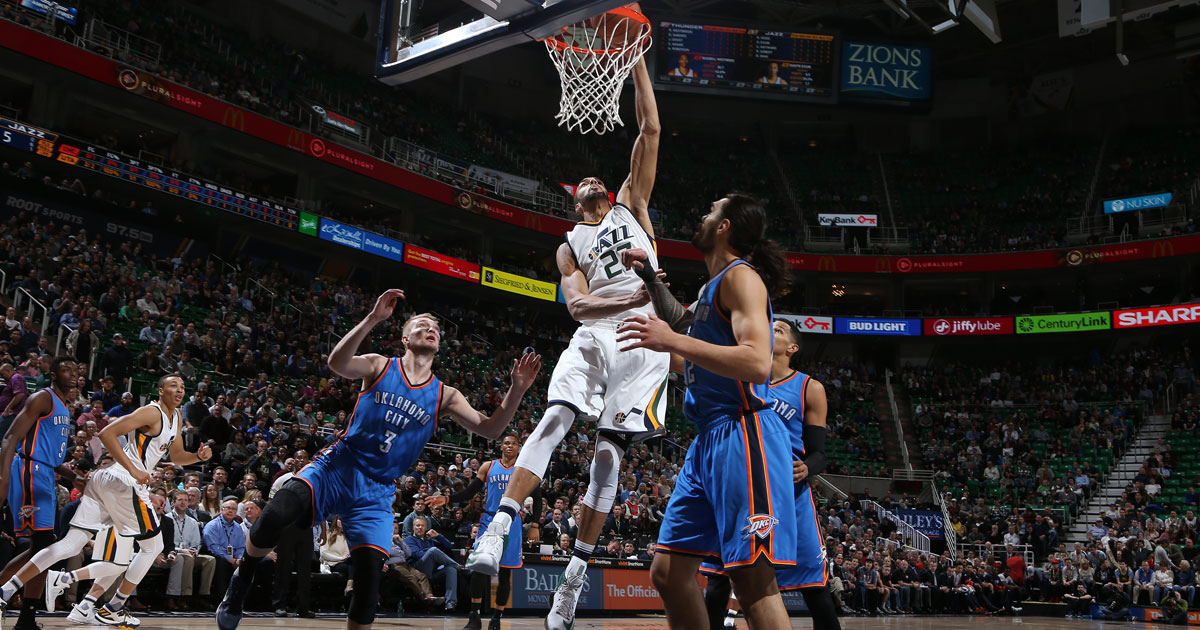 Over the past three weeks, there has been no better team in basketball than the Toronto Raptors. They’re outscoring opponents by 19 points per 100 possessions and are 10-1 in that span. A four-point play by Kyle Lowry ignited a Toronto run in the first half, and the Raptors never looked back.

Washington only made 5 treys on the night, but three-point shooting has never been the Wizards’ strong suit. The Wiz won because they played their game: getting transition buckets and second-chance points. They built a 12-point lead early the fourth, only to see it nearly dwindle all away. But John Wall came through in the clutch, scoring 5 points in the final 1:10 to seal the win. Wall finished with a season-high 7 steals, and became the franchise leader in steals.

Congrats to @JohnWall who became the @WashWizards all-time leader in steals with this theft 👇 pic.twitter.com/eBPv6qTuU9

Orlando really made the Clippers pay in the paint, and was in the game from start to finish. The Magic scored 50 points in the paint even without Nikola Vucevic, who was out for the second straight game with a back injury. Aaron Gordon put up a career-high 33 points against Austin Rivers, who was a fill-in for Luc Richard Mbah a Moute as the Clippers’ starting 3. Rivers had an offensive night of his own, hitting 7 treys and scoring 25 points.

After playing 10 of 13 games on the road, Miami is the midst of a much-needed home stand. They’ve so far gotten quality wins against Washington and Indiana. One reason for why the Heat are getting Ws at home is because they’re outscoring opponents by nearly 15 points per 100 possessions in the fourth during their five most recent home games. Case in point, Miami held Indiana to just 10 points in the fourth quarter. And with the help of Hassan Whiteside (26 points, 22 boards), the Heat were able to grab 20 more rebounds than their opponent.

Luke Walton was upset after this one, and it’s easy to see why. The Lakers have now dropped eight games in the a row. They haven’t won a game in the month of December. They were outscored 12-3 in the final 6:18 by one of the worst teams in the NBA. Young teams always go through growing pains, and it appears the Lakers are right in the thick of things right now. It’ll be interesting to see how the team responds to Walton’s criticism. There was this, though:

The Cavs rested LeBron James, Kyrie Irving and Kevin Love, and as expected, the Grizzlies rolled to an easy win. Things are looking good for Memphis, who remain a solid 5-seed in the West despite not having Mike Conley for the past nine games. They’re 7-2 in that span and are actually 3.2 points per 100 possessions better than they were with Conley. Marc Gasol continued his stellar play, finishing with 17 points, 11 rebounds and 3 assists.

The Kings rested DeMarcus Cousins, while Rudy Gay (hip) and Ben McLemore (quad) sat out with injuries. Those three players have accounted for 51.7 percent of Sacramento’s scoring this season. It’s sad to say, but this game was over before it started. James Harden, who recorded his fifth triple-double of the season, attempted only 7 field goals and the Rockets still managed 132 points.

Detroit, the NBA’s best rebounding team over the past three weeks, faced Dallas, the NBA’s worst rebounding team over the past three weeks. So it was a surprise to absolutely no one when the Pistons won the glass by 20 boards. Andre Drummond grabbed a whooping 60.7 percent of the Pistons’ rebounds while he was on the court and finished with a game-high 17 boards in just 27 minutes of work. The Mavs put up a fight, but eventually were overpowered in the final seven minutes of the game.

Utah has enjoyed a long home stretch recently, playing nine of their last 11 games in Salt Lake City. They’ve gone 9-2 in those games, with the two losses actually coming at home. Even with the two Ls, they’ve outscored opponents by a sizzling 14.4 points per 100 possession on their home court, and have been particularly good closing out in the fourth quarter. Utah’s stout defense held Russell Westbrook to a human 27 points (on 7-25 shooting), 6 rebounds and 5 assists, and Rudy Gobert continued his strong play with 12 points, 12 boards, 3 blocks and 2 steals.

Good win tonight, good to have @dfavors14 back with the squad. #takenote

Without Isaiah Thomas the last three games, Boston has been outscored by 7.7 points per 100 possessions—a rate that would be 29th in the League for the season. In fairness, they played three above-.500 teams in Toronto, OKC and now San Antonio, but the fact remains: The Celtics have really struggled to score without IT4. Pau Gasol had 17 points, 13 rebounds and 6 assists for the Spurs.