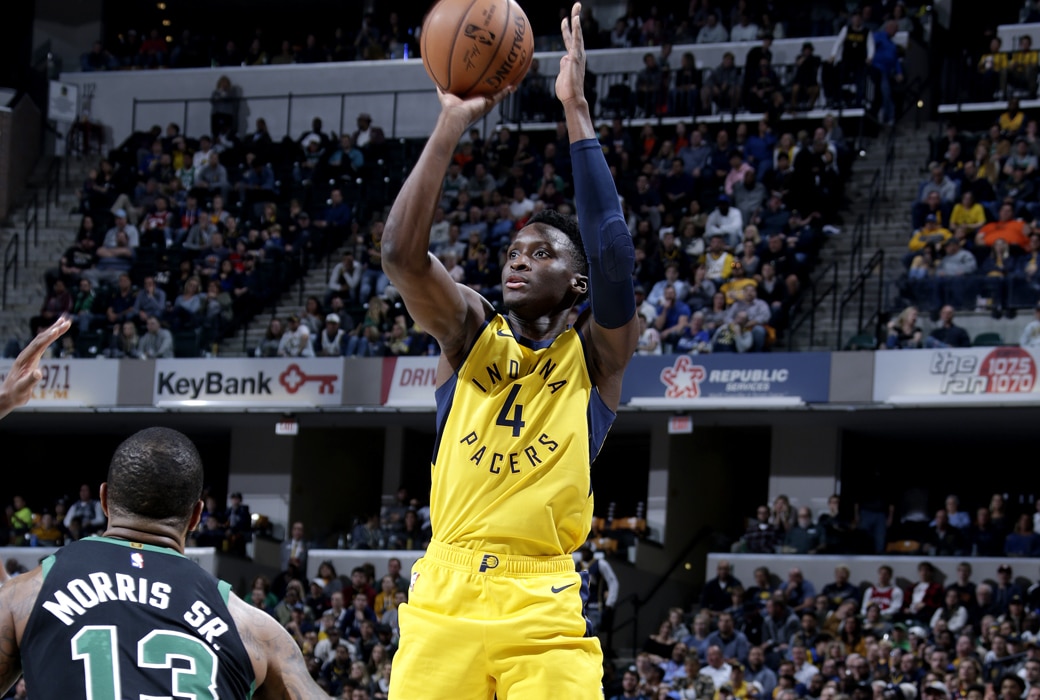 The Process finished with 39 points and 17 boards while holding Drummond to just 8 points and 9 rebounds.

After handing the Pistons their fourth straight loss, JoJo continued to troll Drummond on social media.

Joel Embiid just won’t give it up 💀💀 (via @joelembiid)

Cleveland kept it competitive in the first half but completely fell apart in the second half.

The Cavs were outscored by a combined 25 points in the third and fourth quarters, and get this, their leading scorer (JR Smith) had just 14 points. Not good.

Just when it seemed like the Celtics had sealed the deal, Victor Oladipo came through with a super-clutch game-winner.

Kyrie Irving drained a cold-blooded three to give Boston a 4-point lead with just 37 seconds left.

A couple possessions later, Oladipo grabbed the rebound off an Irving miss, dribbled the length of the court and pulled up for a dagger three. The ball didn’t even touch the net. Now that’s feathery.

Atlanta watched a 15-point third-quarter lead dwindle away to nothing, but the Hawks were able to come away with the win.

James Harden returned after a three-game absence, but Houston isn’t exactly looking like a championship-contending team yet.

If it weren’t for a 7-point third quarter by the Bulls, this game would have been a lot closer. Houston’s lead was just 5 with 4 minutes left to play, but the Rockets managed to close out the game.

Harden had 25 points, 7 dimes and 8 TOs, handing the Bulls their fourth loss in a row.

San Antonio built a 19-point halftime lead and never looked back. LaMarcus Aldridge had 22, 12 and 6 to lead the Spurs.

Down five heading into the fourth quarter, Denver torched the Jazz in the final frame. The Nuggets outscored Utah 35-15 to run away with the victory.

Despite only scoring 7 points (on 9 shots), Nikola Jokic impacted the game with 16 dimes and 10 boards.

Nikola Jokic putting on another passing clinic 👀 (via @nuggets) pic.twitter.com/NBO6Mf1Xli

Portland’s 16-game win streak against the Lakers is now over. The Lakers had a 20-point lead with just over 8 minutes remaining, which quickly shrunk to just 5.

Thanks to LeBron James (28 points, 7 dimes) and Rajon Rondo (17, 10, 6 dimes), the Lakers were able to hold off the Blazer rally and come away with the much-needed W.