Post Up: Warriors Have Red-Hot Shooting Night vs Nuggets 🔥 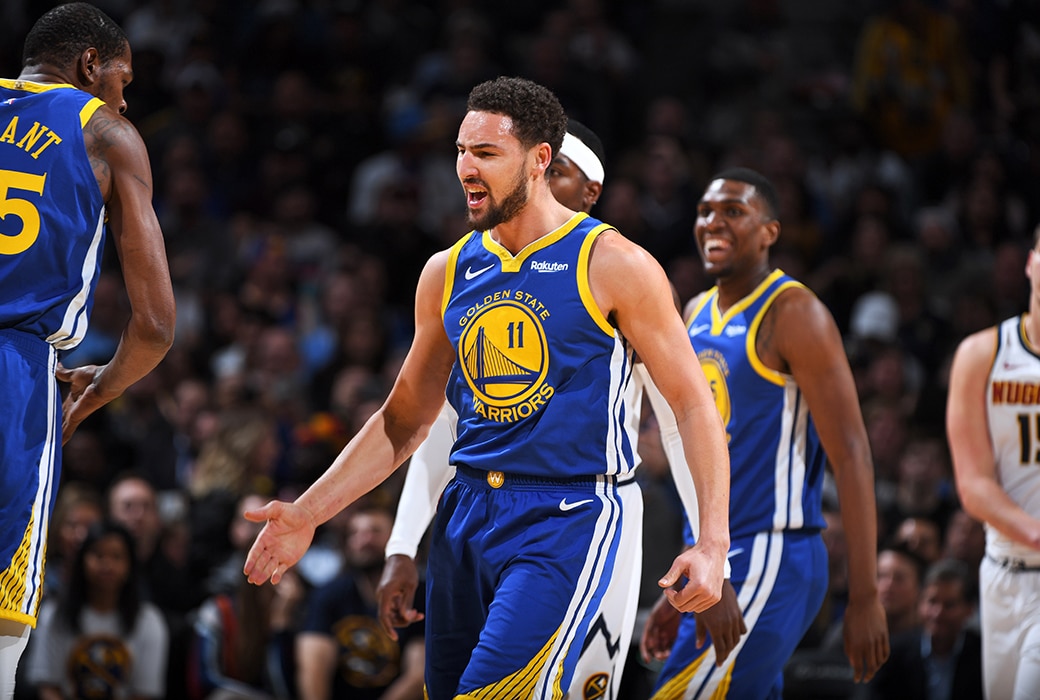 Indiana took care of business on their home court, jumping out to a 19-point lead after the first quarter and expanding it to 37 by the fourth.

After missing four games with a shoulder injury, Myles Turner returned to score 18 points with 6 boards, 2 blocks and 2 steals.

Minnesota had no answer for the Sixers in their first meeting since the Jimmy Butler trade.

The Sixers opened up a 25-point lead by halftime, and it only ballooned to 42 points by the fourth.

After the game, it was all love along the former teammates who were involved in the trade.

Even the League’s best defense can have an off night. OKC gave up a season-high 142 points to Atlanta, allowing the Hawks to score 45 points in both the second and fourth quarters.

In the third blowout of the night, Milwaukee took a 24-point lead in to halftime and finished the game with a 38-point victory.

Miami tried to force Giannis Antetokounmpo to be a passer, and the strategy didn’t work at all. Giannis finished with 12 points, 10 boards, 10 assists and a +24 in 25 minutes.

The Warriors broke a couple records in this game, most notably, dropping 51 points in the first quarter.

Adding to the historical night, Golden State became the only team in history to score 140+ points on 10 or fewer free-throw attempts.

The Warriors just dropped 10 TREYS and 51 POINTS in the first quarter 🔥 (via @NBA) pic.twitter.com/OPl2sU631D

The Bulls scored 24 points in the final 4:36 to deny Lakers fans free tacos (the Lakers have to win AND hold their opponent under 100 points).

Lonzo Ball led the way for L.A., finishing with 19 points, 8 boards and 6 assists.