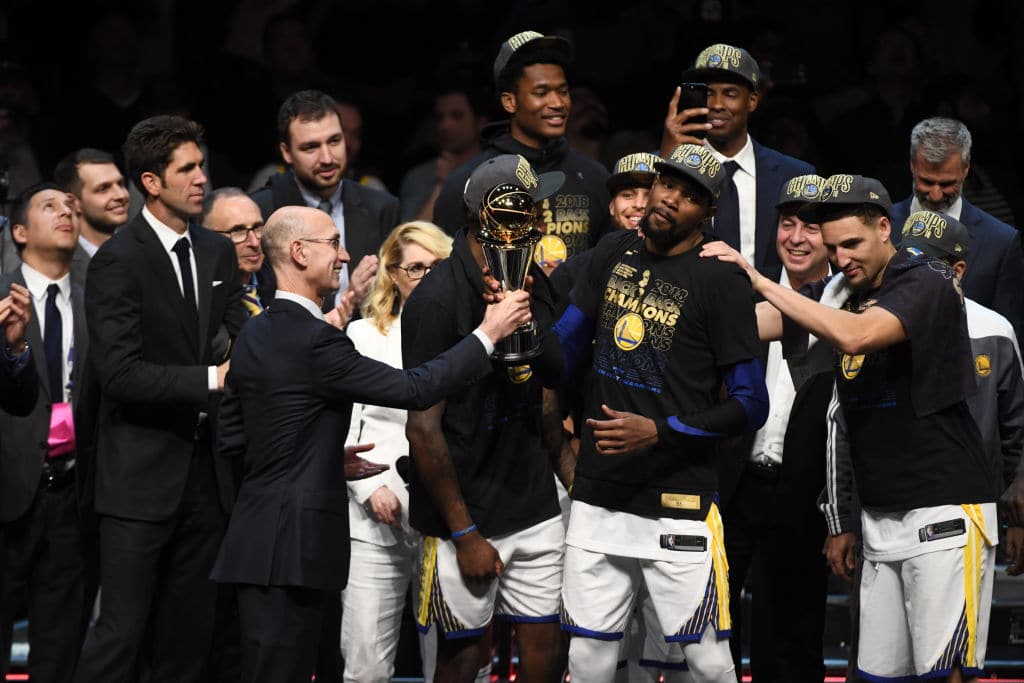 Silver says Golden State was fortunate there was a cap spike then, allowing them to have the room to sign the back-to-back Finals MVP.

The League may eventually consider moving away from a soft cap—which gives big-spenders a competitive advantage—but Silver says you gotta simply give the Dubs their due for thriving in the current system.

“I get it in terms of Kevin Durant going there. It was a bit of an aberration in our system; we had a spike in our cap, it enabled them to have additional cap room,” Silver explained. “The Warriors will tell you they would have figured out a way to get it done anyway. I don’t know.

“But even if Kevin Durant hadn’t gone to Golden State — and let’s just say he had stayed at Oklahoma City, or let’s say he had gone to another team, maybe in the East — you clearly would have had a third team (in addition to the Cavs) that would have been much better; any team that has Kevin Durant will be — but then you still have 27 other teams.

“So, you gotta give Golden State their due. I’ve said repeatedly, let’s also celebrate excellence. Ownership, the job Bob Myers has done as a GM, Steve Kerr, of course, one of the great coaches in our league. Steph Curry, drafted; Klay Thompson, drafted; Draymond Green drafted 35th by Golden State.

“I don’t think as a league we want to go about breaking up teams just to break them up — just to force some sort of parity that is kind of unnatural.”