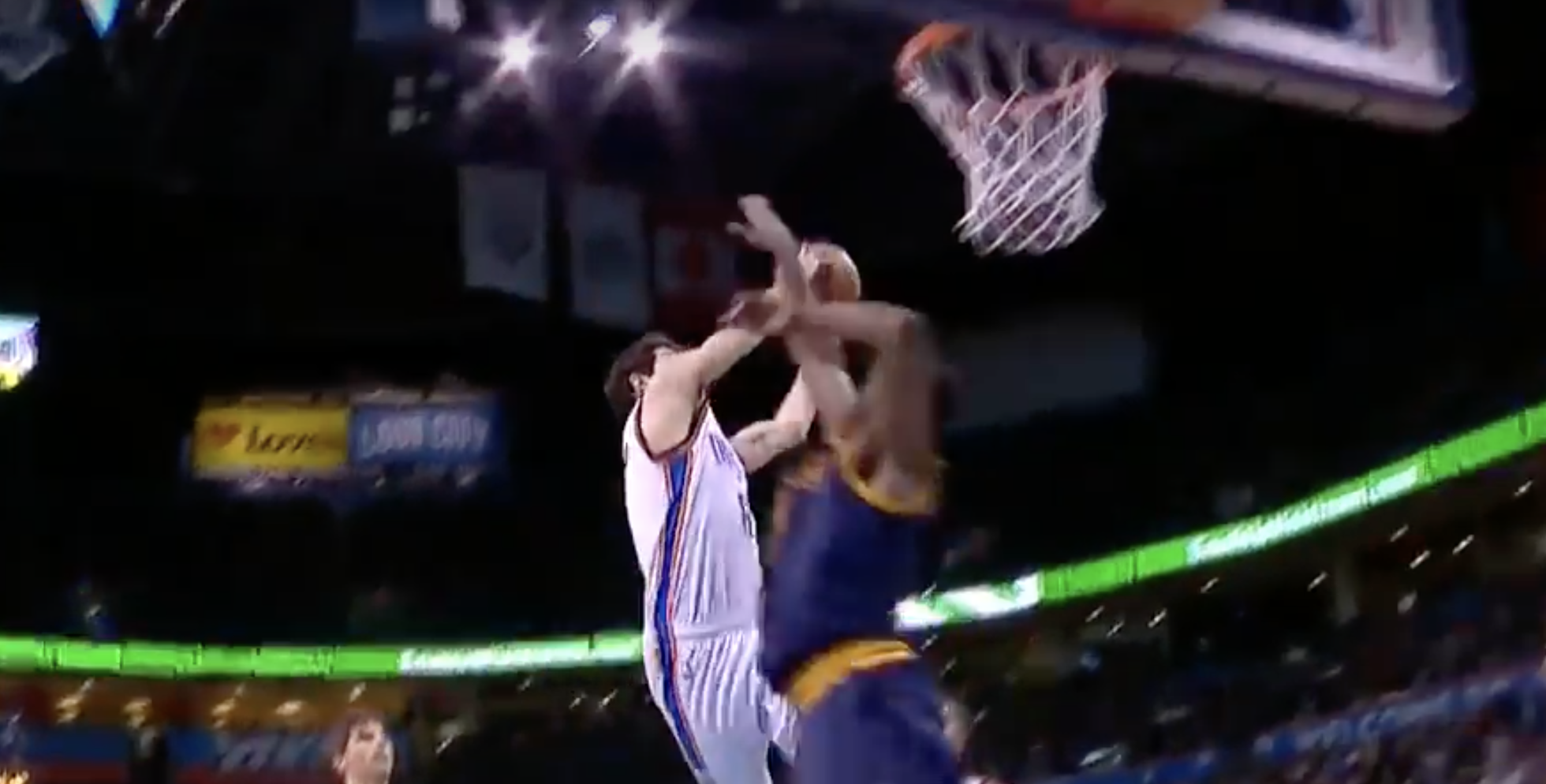 Alex Abrines is from Majorca, Spain. The 23-year-old has found himself averaging 5 points and 14 minutes in 42 appearances this season. He played for FC Barcelona’s basketball club before coming to the states and has been a pro since 2010. Even though he’s been playing pro ball for a while now, he hadn’t made his presence felt in the League. Until tonight. Watch him drop a two-handed dunk on Tristan Thompson’s head in the video above.