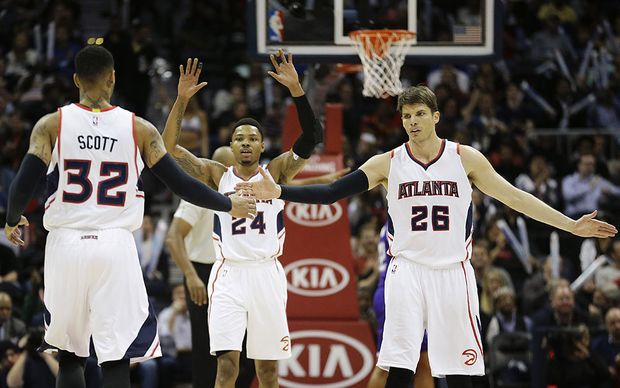 It was raining three-point bombs in The A Monday night, as the Atlanta Hawks set a franchise record with 20 makes from beyond the arc.

The visiting Sacramento Kings had no chance in the 130-105 beatdown; the Hawks have now reached the 50-win plateau.

The 130 points Atlanta poured in represent a season-high.

“We are trying to do something special,” the Hawks’ Kyle Korver said. “If you approach every day the right way, good things happen along the way. That’s all this is. I don’t think anyone is going to go home and brag about it or write home to mom. It was fun night.”

Winners of six of the past seven games, the Hawks rested three starters in a loss to the Philadelphia 76ers on Saturday. They responded to the time off. […] DeMarre Carroll and Korver led the Hawks with 20 points apiece. Jeff Teague and Al Horford added 18 points each. The Hawks also got double-digit scoring from Paul Millsap (13) and Dennis Schroder (12). Teague added 13 assists.