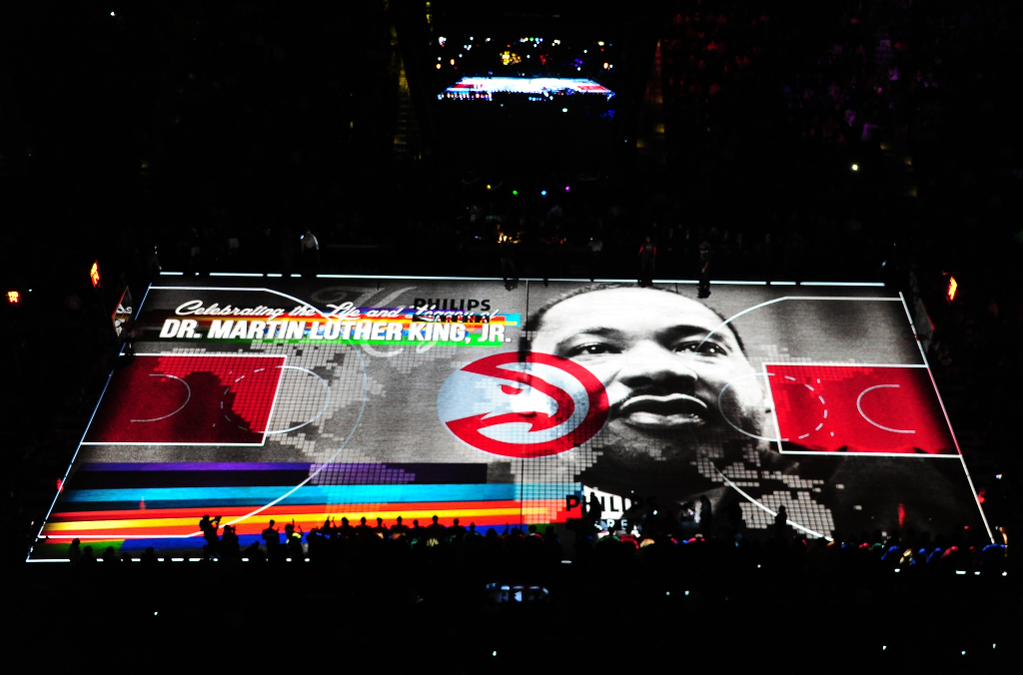 The coolest tribute to Dr. Martin Luther King, Jr. took place in Atlanta, as the Hawks had a digital projection of the civil rights icon and a choir introduce the players Monday night.

The red-hot Hawks can do no wrong, having registered thirteen straight victories (including a 93-82 win against the visiting Detroit Pistons.)

It was the sixteenth year in a row that Atlanta has hosted a game on MLK day.

Hawks forward DeMarre Carroll addressed the crowd before the game and said King’s “teachings still live on and his legacy still lives on.”

“It’s great to come out here on this day,” Paul Millsap said after the Hawks win. “It’s an honor, especially in Atlanta.”

With a 93-82 victory against the Detroit Pistons, the Hawks won for the fifth consecutive year on the holiday for the civil rights leader.