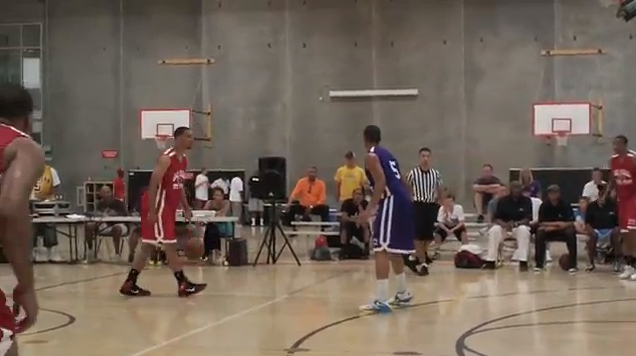 Brandon Roy made an appearance at the Jamal Crawford Pro-Am League this weekend, and showed that he still has a little something left in his basketball tank, as Roy prepares for his return to the NBA. Blazers Edge has the full details: “On Saturday, Brandon Roy did something that used to be routine: He played a basketball game. Roy’s performance at the Jamal Crawford Pro-Am League in Seattle was his first public appearance on the court since his last game for the Blazers some 15 months ago. In the interim, Roy has retired due to deteriorating condition of his knees, undergone treatment, started a comeback and agreed to sign with the Minnesota Timberwolves to start the next chapter of his career. When close friend Will Conroy first hinted and later confirmed on Twitter last week that Roy would play, it created a buzz in the Seattle basketball community, but also some skepticism. Roy pulled out of a pair of charity games at the last minute during the summer of 2011, and he’s yet to officially put pen to paper on his new contract with the Timberwolves. Yet Roy arrived about 20 minutes before gametime and changed into his red jersey. The teams in Crawford’s team are all named after NBA teams, so for one day, Roy–along with Conroy and another former Husky, Mike Jensen–was a member of the Bulls. They squared off against a Kings team featuring Isaiah Thomas and former Blazer Martell Webster.”