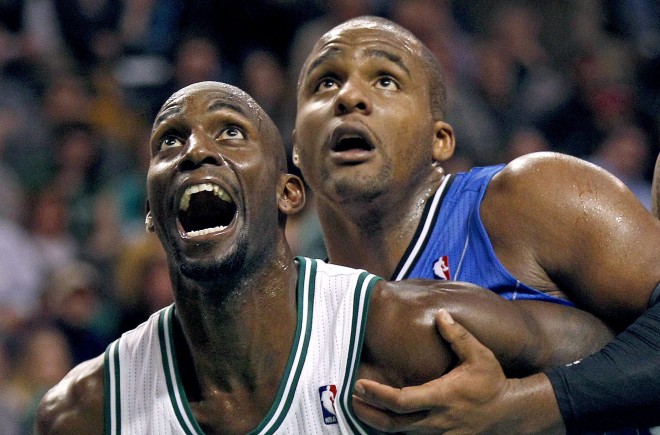 During a game a few years back, Kevin Garnett’s fiery criticism brought teammate Glen Davis to tears while sitting on the bench.

So, it shouldn’t shock anyone that KG beat Big Baby in an arm-wrestling contest when they were both with the Boston Celtics.

According to Brian Scalabrine — who was asked for his take on Garnett pretending to bite Joakim Noah this week — the feat of strength took place some 35,000 feet in the air during a flight, and Garnett went full KG (read: hilariously crazy) after pulling off the improbable victory.