Carmelo Anthony Calls Out Laker Fan Who Was Trolling Him (VIDEO) 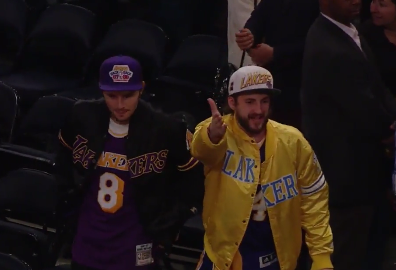 After the game, Melo took the opportunity to give a shout-out to a Lakers troll who was heckling him throughout the game on Sunday afternoon. Apparently, Anthony finally had enough. Enjoy your 15 seconds of fame, heckler dude. Check out the video above, via NBA Reddit.

“Where are my fans at? We need the Knicks fans to step up there.”