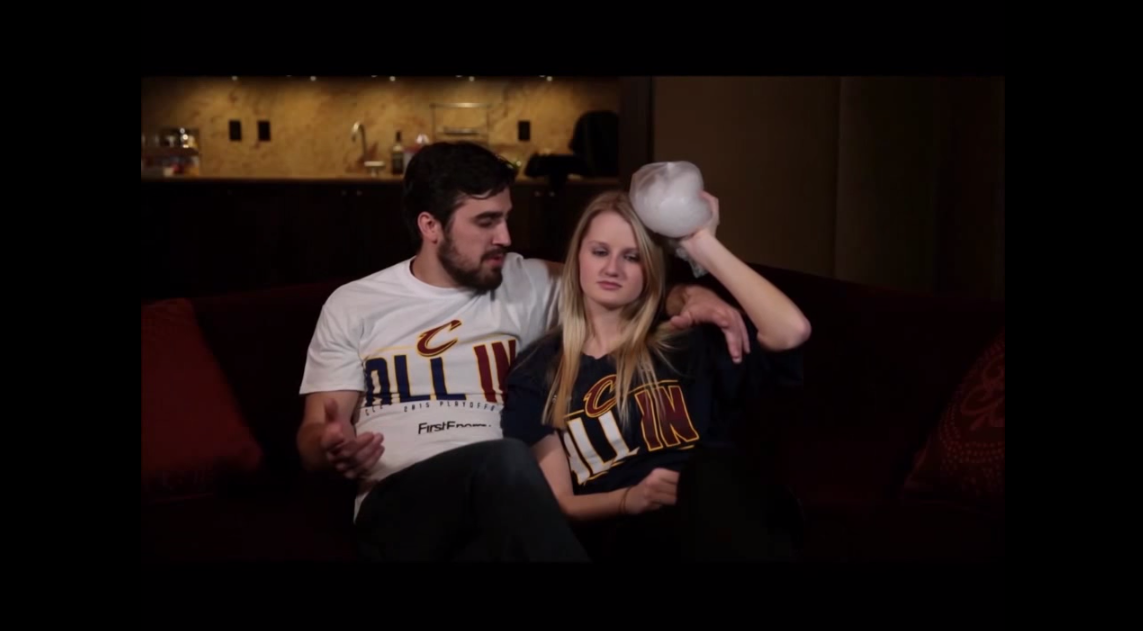 Somehow, this ill-conceived promotional video was green-lit and shown by the Cleveland Cavaliers during Game 2 Wednesday night.

It’s a spoof of a United Healthcare commercial, in which a couple fall down while trying the famous lift from the movie “Dirty Dancing.”

The Cavs apologized Thursday for the skit which shows a male Cavs fan throwing his female partner across the room for foolishly rocking Chicago Bulls gear.

From the press release and AP:

During a timeout at last night’s Cavaliers vs. Bulls playoff game at The Q in Cleveland, we ran a 1-minute in-arena video that was intended to be a humorous spoof on a popular commercial centered on a song and dance from the classic movie ‘Dirty Dancing.’ While the video was not intended to be offensive, it was a mistake to include content that made light of domestic violence.

Domestic violence is a very serious matter and has no place in a parody video that plays in an entertainment venue. We sincerely apologize to those who have been affected by domestic violence for the obvious negative feelings caused by being exposed to this insensitive video. […] The Cavaliers organization has a strong and lengthy track record of supporting domestic violence-related causes and efforts. We will continue to proudly work with our regional partners at the Domestic Violence & Child Advocacy Center in support of their numerous programs to end domestic violence in our country once and for all.

The ill-conceived video wasn’t the only promotion to backfire on the Cavs this week. The team also canceled plans to hand out 20,000 arm slings to show support to injured forward Kevin Love, who is out for the remainder of the season following shoulder surgery. Love attended Game 2 and was given a rousing ovation by Cleveland fans.