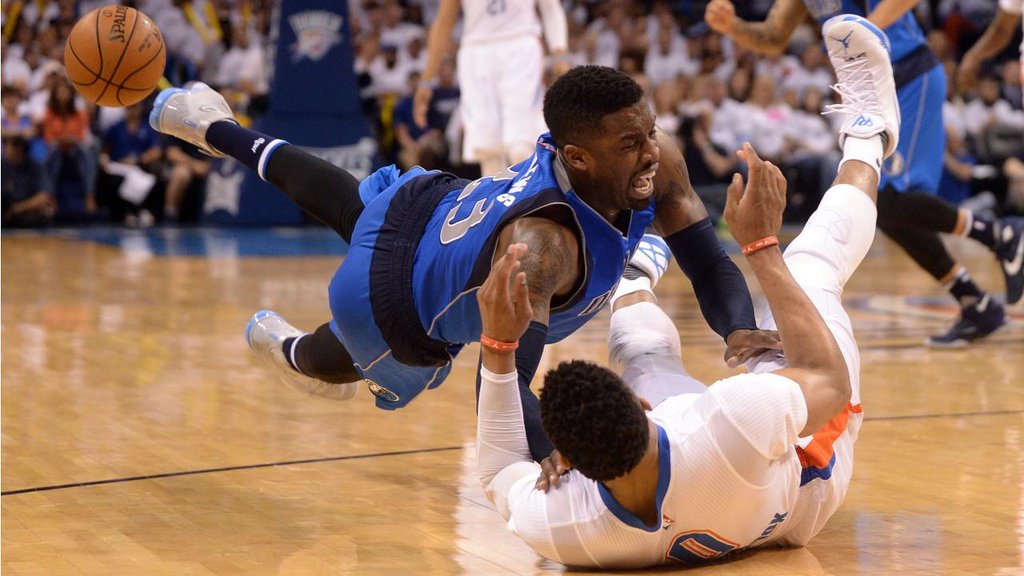 The Dallas Mavericks used every trick in the book Monday night in an emotionally-charged battle, earning a hard-fought split with the OKC Thunder with a heart-stopping 85-84 win in their first round Playoff matchup.

What a game, shhheessssh, I think I lost all my hair, lol……… #MFFL

Kevin Durant had an abysmal shooting night, missing 26 of 33 attempts from the field.

Kevin Durant scored 21 points tonight but shot 7-for-33 from the field, including 2-for-11 from three-point range. pic.twitter.com/poaA1ES9iV

A putback at the buzzer by Oklahoma City’s Steven Adams that would have won the game was disallowed upon review, and the Mavericks defeated the Thunder 85-84 on Monday night to even their Western Conference playoff series at one win apiece.

Dallas had been embarrassed 108-70 in the opener on Saturday, but the Mavericks bounced back and held Oklahoma City to 33.7 percent shooting on Monday. […] “I’m very proud of our guys and the way they responded after one of the most disappointing games in franchise history,” Dallas coach Rick Carlisle said. “It’s a group with a lot of pride, and obviously, a lot of resilience.”

Kevin Durant scored 21 points for Oklahoma City, but he made just 7 of 33 shots in the worst postseason shooting performance, both by percentage and number of misses, of his career. Durant’s 26 misses were the most he’s had in 716 career games, including the regular-season and playoffs. […] “It was a bad shooting night for me,” Durant said. “It’s part of it. I wish it didn’t happen tonight, but it’s a part of it. I got some great looks all night and I just didn’t knock them down. It was just one of those nights.”