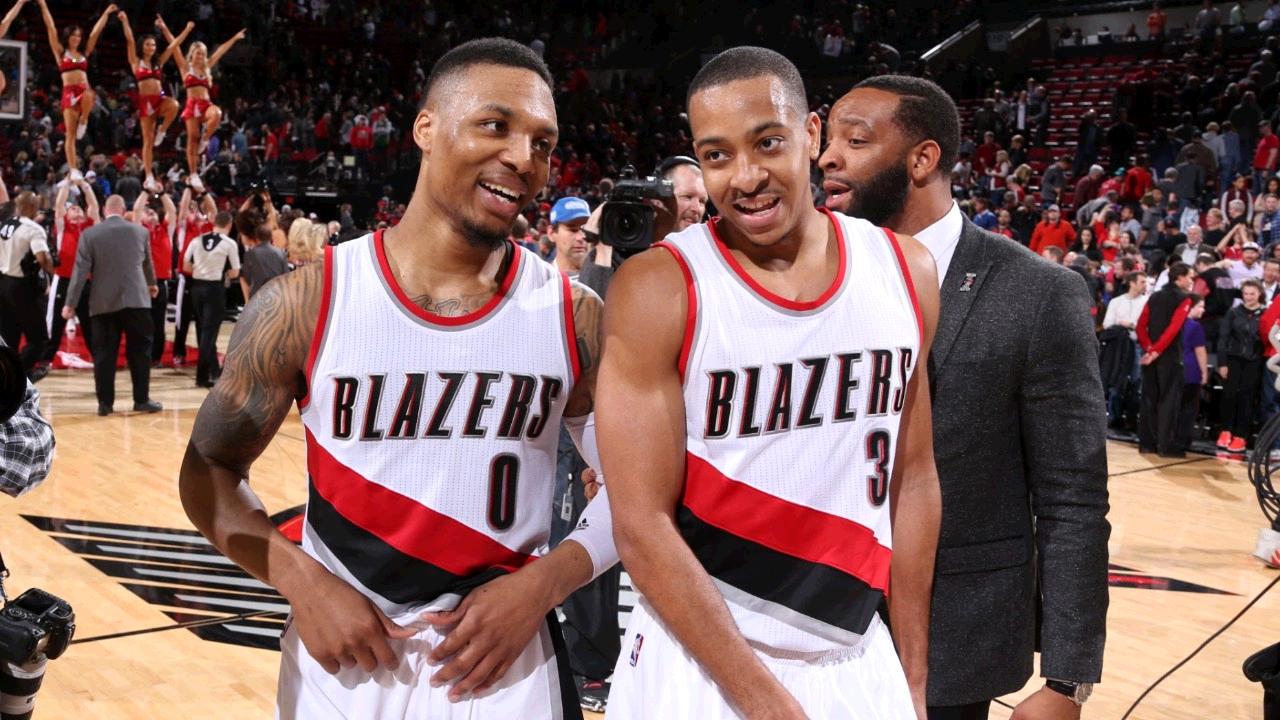 Lillard sparked a monster second half rally, and McCollum shut the door on the Jazz.

The Blazers have now won four in a row.

McCollum got two of his 31 points on free throws with 2.7 seconds left after Lillard put Portland ahead late in the Blazers’ 115-111 win over the Utah Jazz on Sunday night. […] Lillard’s layup put Portland ahead 111-109 with 23.4 seconds left, and he finished with 30 points and five assists. Portland has won four straight and 14 of 17. The Trail Blazers are in seventh place in the Western Conference, a half-game behind Dallas.

Derrick Favors paced the Jazz with 22 points and eight rebounds. Gordon Hayward scored 21 points, and Rodney Hood had 18. […] Utah lost for the third time in four games and is in ninth place in the West.

Asked for his assessment of his Blazers team and what they need to do going forward, Lillard was succinct. […] “We’re a playoff team,” he said. “We’ve got to put our hard hats on and go to work.”