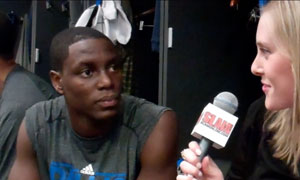 In his typically calm and focused demeanor, Darren Collison told SLAMonline that he wants to “make a big run in the Playoffs.” It’s a contract season for Collison, who lost his starting job to George Hill late last season. But coach Rick Carlisle wants the ball in Darren’s hands.