Derrick Rose and the Bulls Win Game 1 in Cleveland (VIDEO) 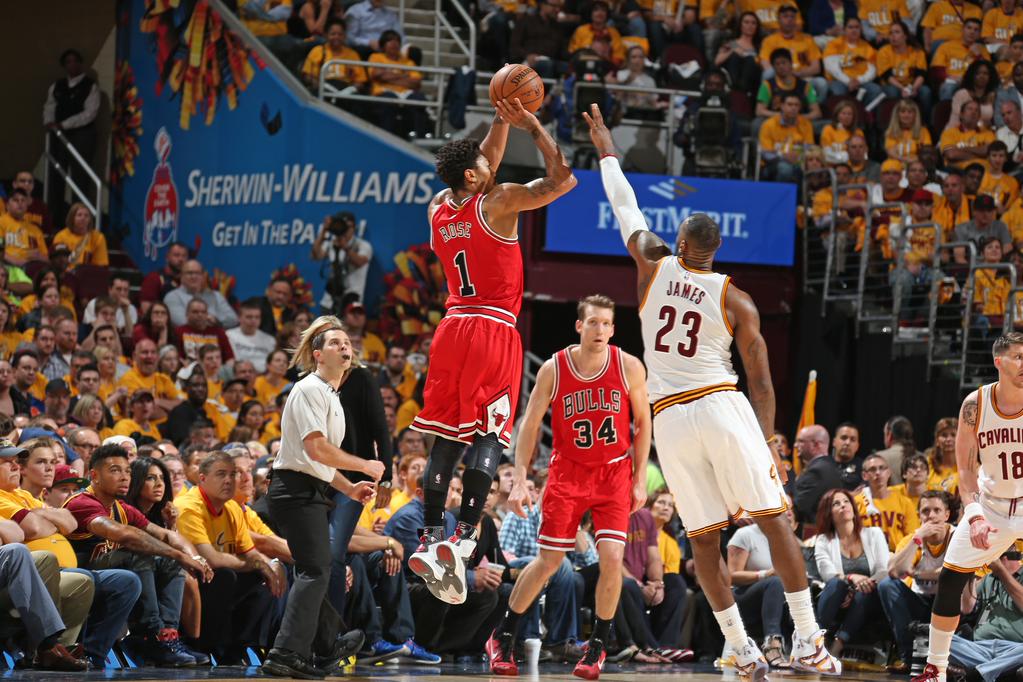 The Chicago Bulls walked into Cleveland and took Game 1 of the second-round Playoff series against the Cavaliers 99-92, as Derrick Rose posted a team-high 25 points along with five rebounds and five assists.

Despite a late-game right shoulder injury scare, Rose dismissed it as a mere “stinger”.

Oh, sure, (LeBron James) may defend him ably now and then, although Rose dropped another jumper in James’ grill and James, who mostly played power forward in (Kevin) Love’s absence, has mostly other defensive duties now. But when James guarded Rose in the 2011 Eastern Conference semifinals with the Heat, the Bulls bogged down. Now there are just so many more offensive weapons. […] “If we just play the way we’re supposed to play, it doesn’t matter what team we’re going against,” Jimmy Butler said. “I think we can win.”

Rose finished with 25 points, five assists and five rebounds with just one turnover in 38 minutes, 33 seconds. And there was Pau Gasol posting 21 points and 10 rebounds, scoring 13 third-quarter points and then calmly sinking a jumper off an assist from Rose for a 94-86 lead with 3:26 left. There was Butler, doing yeoman’s defensive work on James and posting 20 points with six assists and five rebounds. That included a huge 3-pointer off another Rose assist in the fourth quarter and Butler scoring nine of the Bulls’ final 15 points. Mike Dunleavy scored 13 first-quarter points without a miss. Aaron Brooks sank a 3-pointer from Toledo. Heck, even Kirk Hinrich blew past James for a three-point play at one point. […] No wonder the Bulls, who shot 50 percent, never trailed while handing the Cavaliers just their second home loss in their last 24 games. That included 10-for-18 from 3-point range.

“We have a lot of talent now offensively,” Joakim Noah said. “Teams can’t key in on one guy.”