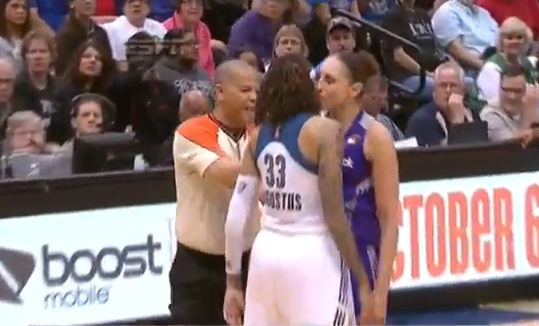 It’s the fourth quarter of Game 1 of the WNBA Western Conference finals, and the top-seeded Minnesota Lynx are on the verge of blowing out the Phoenix Mercury. Diana Taurasi of the Mercury gave a little shove to the Lynx’s Seimone Augustus, and then—yes, this happened—planted one on her in-game, resulting in a double foul call. Proof is in the video.

Here’s what basketball analyst and former player, Rebecca Lobo, had to say about the camera-caught kiss: