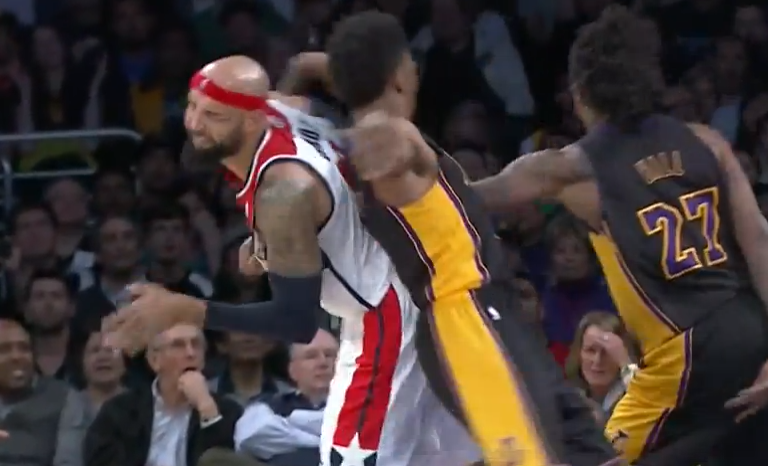 Uh, yeah. Can’t do that. Per an NBA press release:

Washington Wizards forward Drew Gooden has been fined $15,000 for committing an unnecessary act by clamping Los Angeles Lakers forward/guard Nick Young’s arm and attempting to throw him to the floor, it was announced today by Rod Thorn, President, Basketball Operations.

The foul on Gooden, which was a Flagrant 2 and resulted in his ejection, occurred with 2:14 remaining in the fourth quarter of the Wizards’ 117-107 win over the Lakers last night at Staples Center.