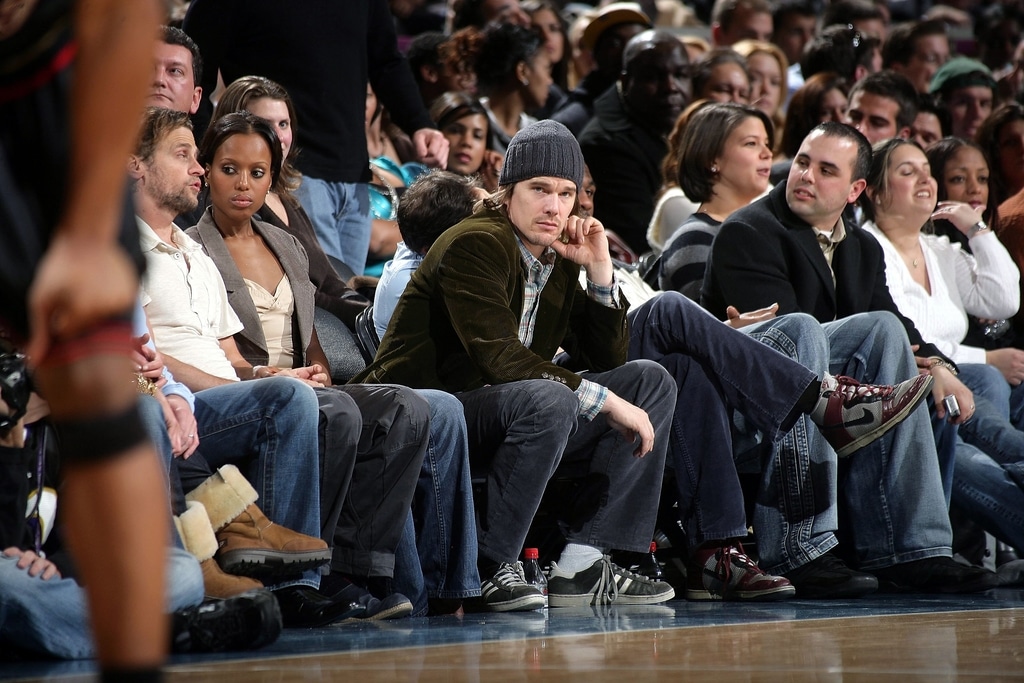 From the Department of Rich People Problems: actor Ethan Hawke says the New York Knicks took away his free courtside seat after he criticized owner James Dolan for getting rid of head coach Mike D’Antoni.

Hawke describes the horror of being asked to pay for his tickets to watch NBA basketball.

But don’t feel too bad for the Hollywood A-lister: he happily changed his hoops allegiance to LeBron James and the Cavs.

Per the NY Post (via The Bill Simmons Podcast):

“I’ve been a Knicks fan for a long time, but I got kicked out of the Garden,” Hawke said. “They won’t give me tickets anymore. I was really vocal on some talk shows like this, that I thought it was a huge mistake to let [former Knicks coach] Mike D’Antoni go. I would have bet on Mike before I bet on Melo [Carmelo Anthony].”

As for Hawke, his remarks allegedly didn’t sit well with the organization.

“They’d always hook me up,” Hawke said of the organization. “And then I called up one time and they said, ‘That’ll be $7,800.’ I was like, ‘Why is this the first time you guys are charging me?’ And they said, ‘You should have thought of that before you went on the Jimmy Fallon show.’ And I was like, ‘Wow, this is real.’”

Though Hawke said he “exaggerated” and has issued public apologies, the 47-year-old screen star isn’t itching to go back to MSG.