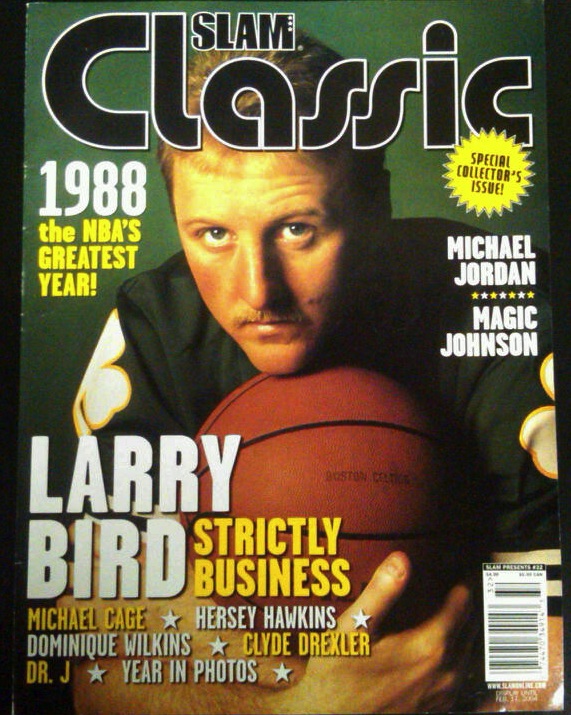 Best forward of all time? Certainly up for debate. Best white boy of all time? No question. Larry legend’s story is classic. Small town, country boy from the Mid West turned college superstar and NBA Legend. Coming from humble beginnings, he never craved the spotlight but found himself there more often than not because of his abilities. Bird was not blessed with speed or hops but he left it all on the floor, made plays in big spots, and had classic rivalries with NBA greats like Magic and MJ. He earned the MVP award 3 years in a row from ’84 – ’86, won 3 Titles (2x Finals MVP), was a 12x NBA All Star, 3x 3-point contest winner, plus a looooot more and to boot…he was the coach of the year with the Pacers in ’98. The man knows basketball. Ok a few more… he averaged over 30 pts/game @ Indiana State, led ISU to the ’79 Championship game against Earvin “Magic” Johnson and Michigan State (but lost), won the NBA ROY in 1980, was named one of the 50 greatest players of all time, and then inducted into the HOF. Bird was a phenomenal shooter, great passer, and a lot more physical than people give him credit for. After his 13-year career, this is what his average stats looked like: 24.3 pts, 10 rbs, 6.3 asts, 1.9 3pt. 1.7 stls. He pretty much did it all.

Have an old school video you want to see in FOTS? Send the video link to [email protected]