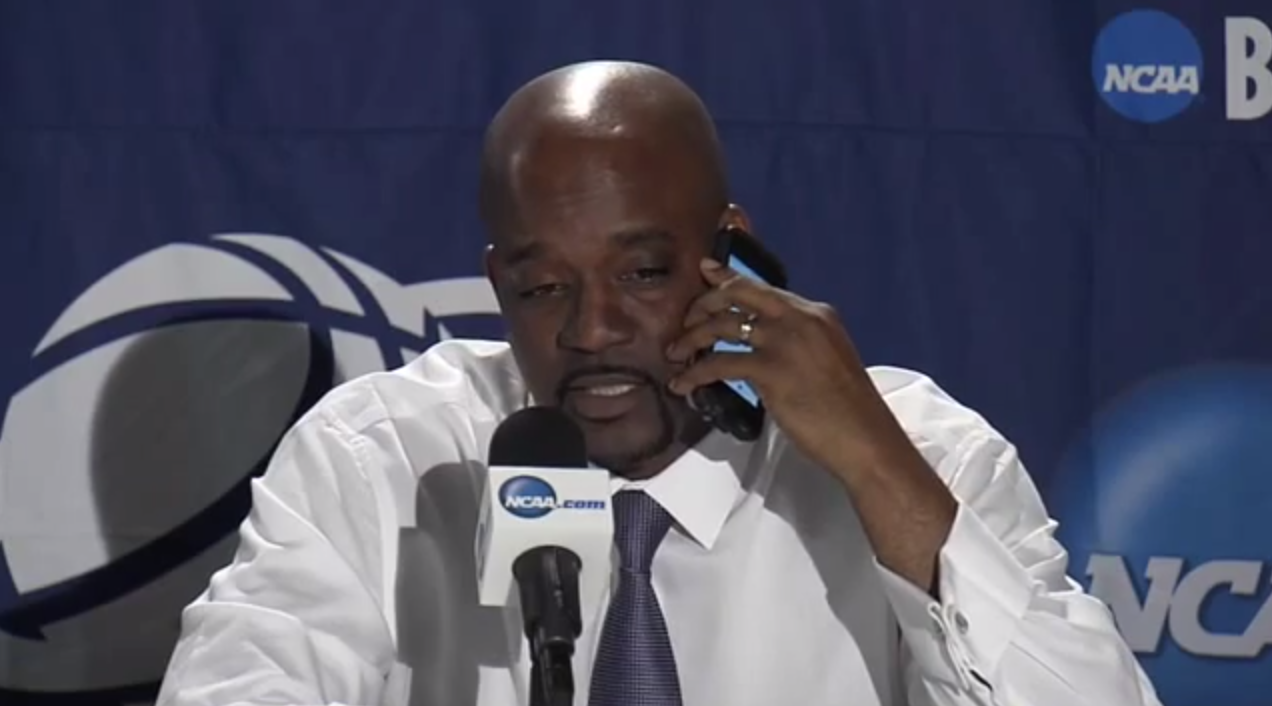 The No. 16-seeded Hampton Tigers won the opening game of the 2015 NCAA Tournament on Tuesday night, defeating Manhattan, 74-64. Their prize for winning? A date with No. 1 overall seed Kentucky next.

Of course, Hampton head coach Edward Joyner Jr. is realistic. While he’d love to pull the biggest upset in the history of the tournament, he is aware of the fact that Kentucky will likely blow the doors of his team on Thursday night.

So when he was asked after the game last night about the prospect of facing the undefeated Wildcats, and what it might take to beat them, the coach laughed, then reached for the nearest cell phone.

“I told y’all I’d have to have Jesus on speed dial,” Joyner said, before Jesus abruptly hung up on him. Watch the hilarious video above.