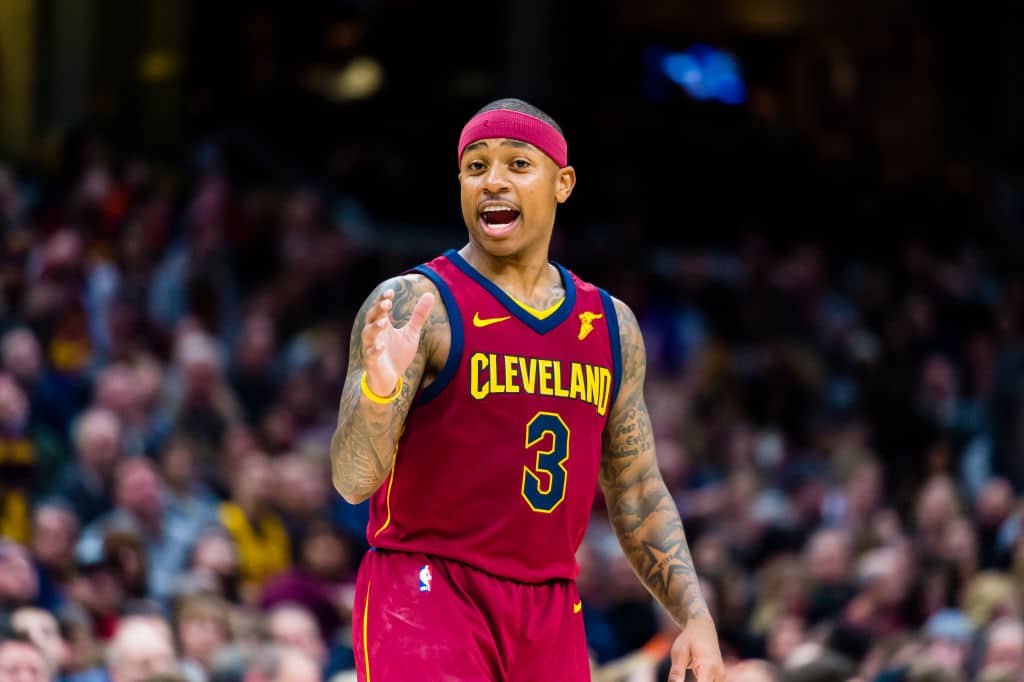 Isaiah Thomas called the city of Cleveland a “sh*thole” and said he understood why LeBron James had left “again” during a social media chat with fans over the weekend.

Isaiah Thomas on his time in Cleveland… 👀 pic.twitter.com/xsailU04BA

Thomas quickly issued an apology, and claimed the whole thing was a poorly-executed joke.

I apologize for my choice of words about Cleveland. I was on my live playing around. They don’t show you everything for a reason smh. Right after that I clarified what I said…. All love to everybody who had love for me in Cleveland.

Here’s Isaiah Thomas apologizing and saying Cleveland was NOT a sh—hole pic.twitter.com/a9XUyETIqd

IT added that his brief Cavs career was not an ideal situation.

Former Cleveland Cavaliers point guard Isaiah Thomas apologized for calling Cleveland a “s—hole” during what he termed “playing around” on his social media Saturday night.

Thomas, who has bounced around the NBA throughout his career, was discussing the various cities where he has played and sharing an opinion on each. When he got to his brief stint with the Cavaliers, Thomas made those vulgar comments before adding “I can see why LeBron left — again.”

“No, Cleveland wasn’t that bad,” Thomas said in the second video. “That was my fault. Cleveland was actually cool. It was alright. The situation just wasn’t the best, but I apologize for saying it was a s—hole. It wasn’t a s—hole. The team was dope. The players was filthy. My guy Gio. Training staff was cold. Cleveland was cool. I shouldn’t have said that.”