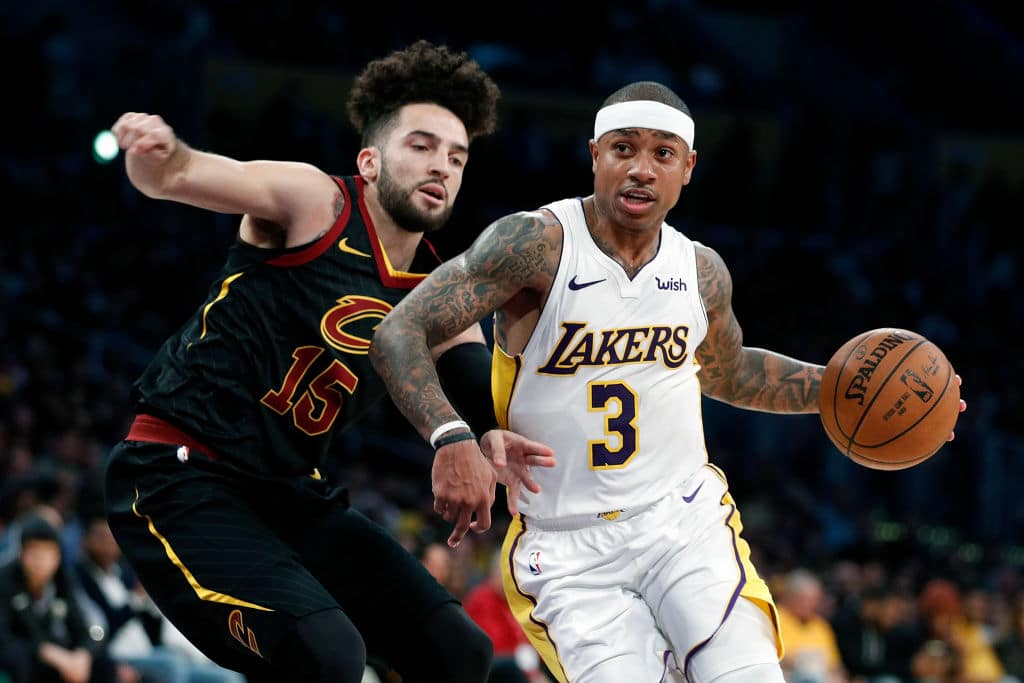 Isaiah Thomas scored 20 points and handed out nine assists against his old team Sunday night, but insisted that the Los Angeles Lakers’ 127-113 victory wasn’t a “revenge game” against the Cleveland Cavaliers.

Thomas says he remains close to many of his former Cavs teammates and that he’s ready to move on.

Julius Randle had a career-high 36 points and 14 boards as the Purple and Gold snapped a seven-game losing streak to Cleveland.

“I only played 15 games with the Cavs, so it wasn’t like it was a revenge game,” Thomas said. “I keep saying the world knows what I bring, so I don’t got to play so good just to show them what they gave away. It’s nothing like that. I have really close friends on that team, and those guys are great guys, they just made a business decision, and I’m trying to move on … for the most part.”

Thomas scored 14 in the second half and shot 7-of-16 for the game with nine assists and five boards.

“If given the opportunity, I can play like that every night,” Thomas said. “It’s no surprise, I’ve done that before.”