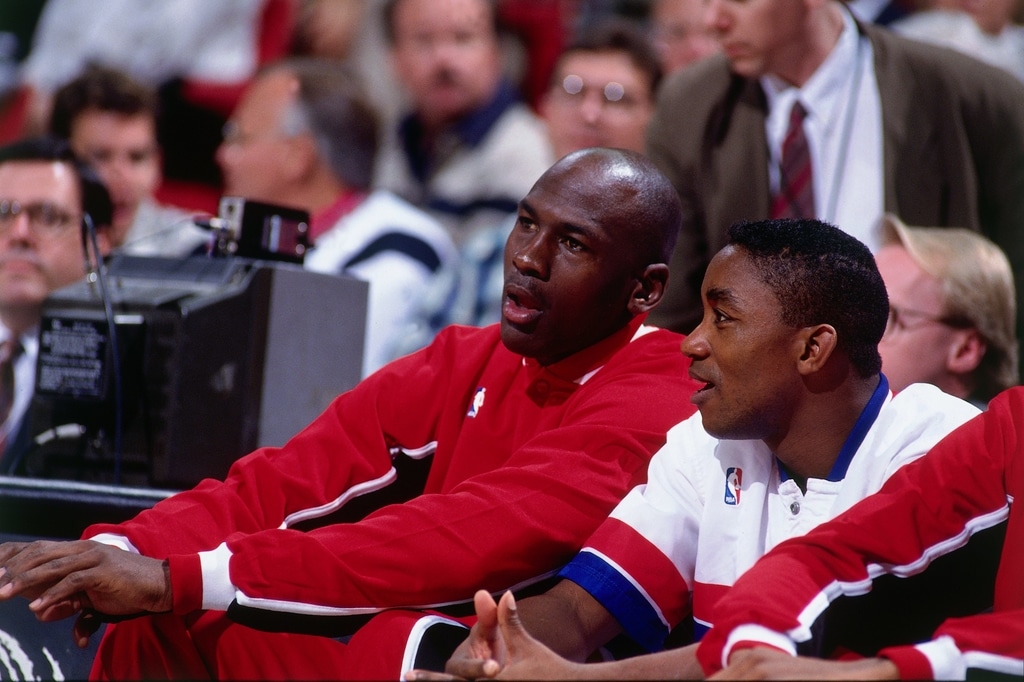 Isiah Thomas addressed the G.O.A.T. debate Monday night on NBA TV, giving the title to Kareem Abdul-Jabbar, and adding that he’d pick LeBron James over Michael Jordan for the second spot in the all-time ranking.

Zeke argues that LBJ’s “total body of work” gives him the edge over MJ.

Thomas says what separates James is his all-around game, and unmatched physical dominance:

“Because Jordan would beat you scoring, but this guy beats you at everything. He rebounds, he assists, he gets everybody involved.