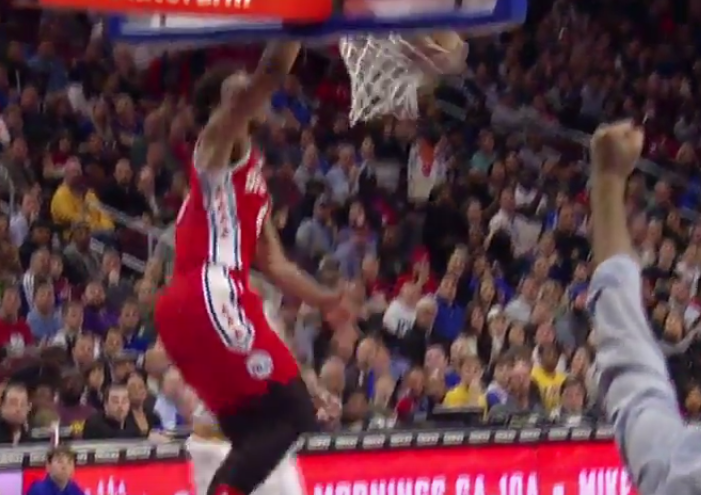 Yes, that just happened. Jahlil Okafor soared up to throw a nasty dunk over the Cavaliers. His high-flying play was a part of the Philadelphia 76ers’ 21-3 run to end the first quarter against last year’s NBA Finals runner-up, the Cleveland Cavaliers.

Topping off the run was this buzzer-beating three by Isaiah Canaan:

Review (Petraitis): if Canaan’s made FG was released before time expired in Q1 of #CLEvPHI. Ruling: Upheld, counts. https://t.co/3r8BLX9lWk

Despite Nerlens Noel’s folly on this potential fastbreak below, the Sixers recovered pretty gracefully to end the first quarter.