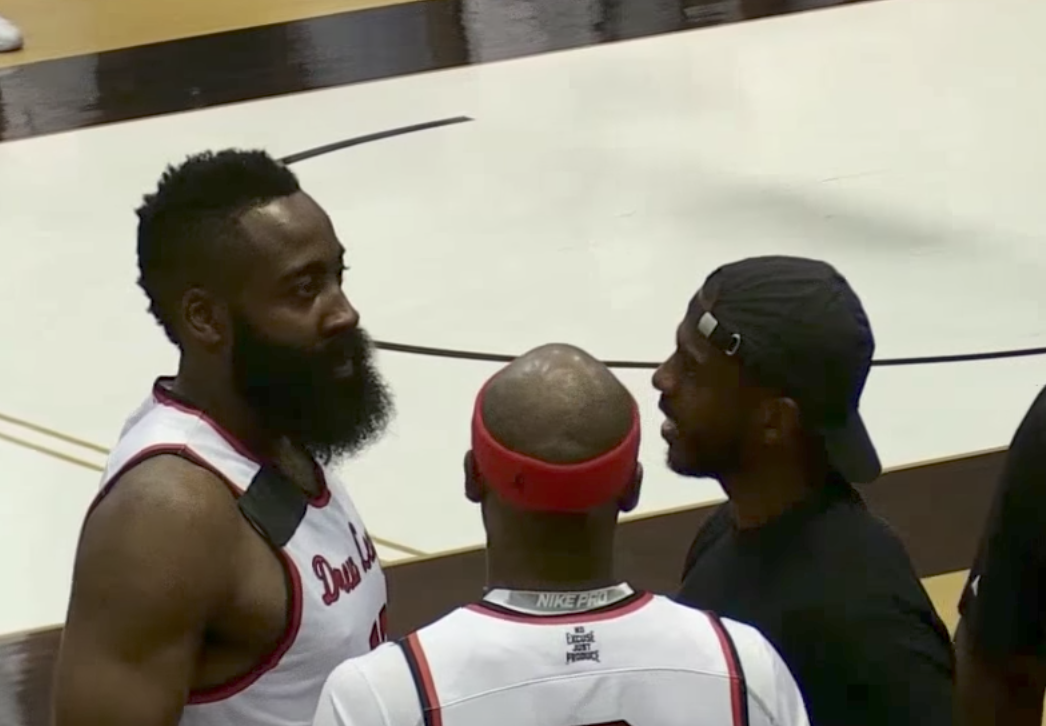 With new teammate Chris Paul in the stands, James Harden made his 2017 Drew League debut over the weekend and did not disappoint. Rocking short shots, Harden worked both the paint and the three-point line, draining three after three and finishing in fancy fashion as per usual.

Harden’s LA Unified built a 20-point lead at one point, but the game got tight at the end. Eventually, Harden’s squad held on to win 67-64. Harden went for 25 and six boards in the game that saw him do a majority of the ball handling for the Unified.