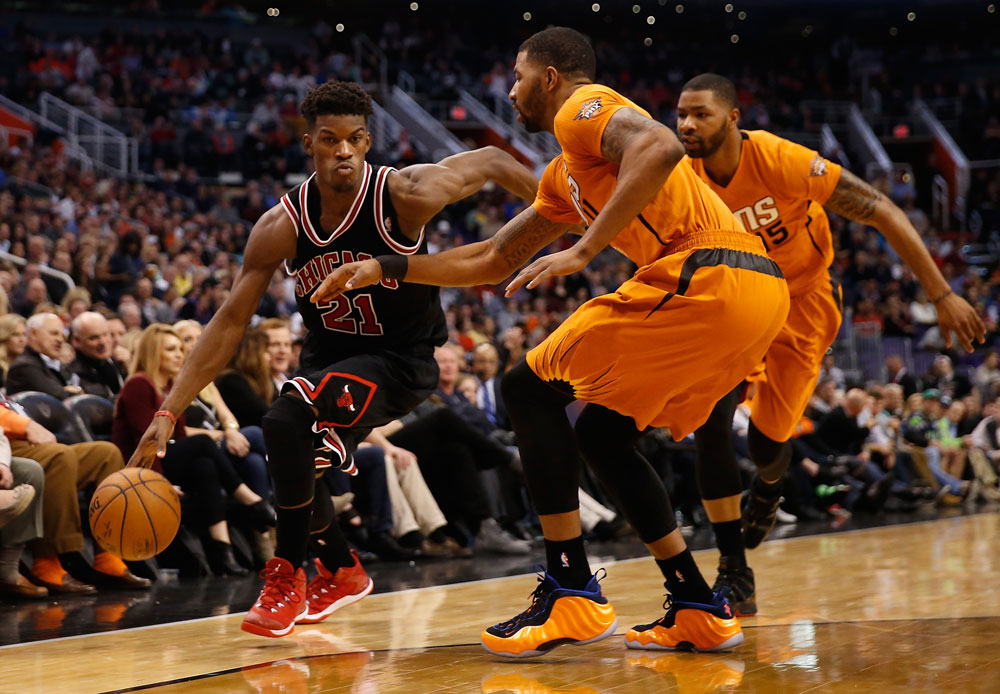 Chicago Bulls guard Jimmy Butler is one of the rising stars in the NBA, and has been making interesting financial choices of late: Butler turned down a $44 million extension from the Bulls prior to this season, and took a massive paycut to switch from adidas kicks to Jordan Brand.

Butler, a restricted free agent this summer, dropped the Three Stripes in favor of the Jumpman despite what his agent says was a 75% hit on his wallet.

The 25-year-old All-Star is coming off the best season of his ascending four-year career.

While experts peg Butler’s current annual endorsement income in the mid-six figures—outside of the millions-plus commanded by most of the top 30 or so highest-earning NBA players—the number of inquiries from companies wanting to use him for marketing purposes has doubled since January, his agent says. Future deals are in a holding pattern, however, until Butler decides where he will play in the fall.

“Jimmy never wanted to do anything until he felt that he was worthy of it,” says Happy Walters, Butler’s agent at Los Angeles-based Relativity Sports. ”Now he’s more confident and more willing.” Butler, who declined an interview request about his business profile, is selective in what he promotes, his agent says. Out of personal preference, he opted to drop Adidas as his official apparel brand in favor of Nike’s Jordan brand last year, taking what Walters says was a 75 percent pay cut.

“A lot of guys get in the NBA and want to do everything that comes by because they want to see their faces somewhere,” Walters says. “Jimmy has been really patient.”