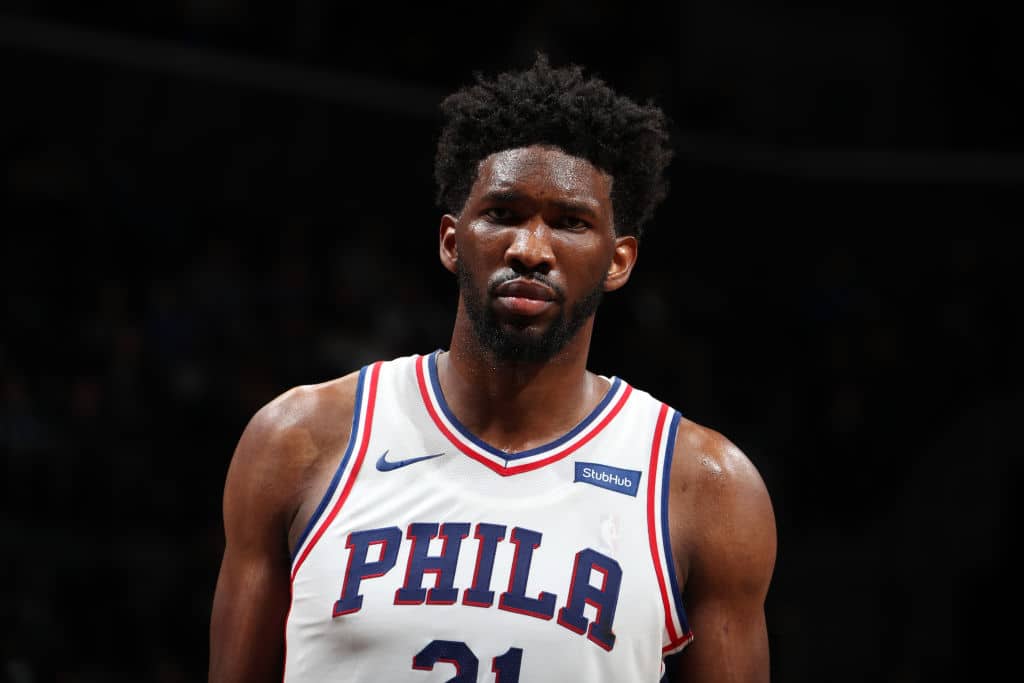 “Welcome to the f*cking League,” Joel Embiid screamed at rookie big man Mo Mamba after dunking on him in a pickup game Thursday.

(The runs are being hosted by trainer Drew Hanlen in L.A., and feature Jayson Tatum, Taurean Prince, Jordan Clarkson and Meyers Leonard among others.)

Embiid enjoys nothing more than “kicking people’s asses,” and recently described how he nearly brought Sixers teammate T.J. McConnell to tears during a video game drubbing.

Per Deadspin (via “Hot Ones”):

“I was beating the shit out of him. He was about to cry. And I was enjoying it, that’s what I like doing. I like kicking people’s asses and literally being in their faces. Letting them know that they suck. That they’re trash. And that I’m better than them. Even on the court, he just gets mad about anything. I’m like, ‘Dude, just calm down.’ That day, it wasn’t a good day for him. It was really bad, but I could understand his frustration because I’m that good.”