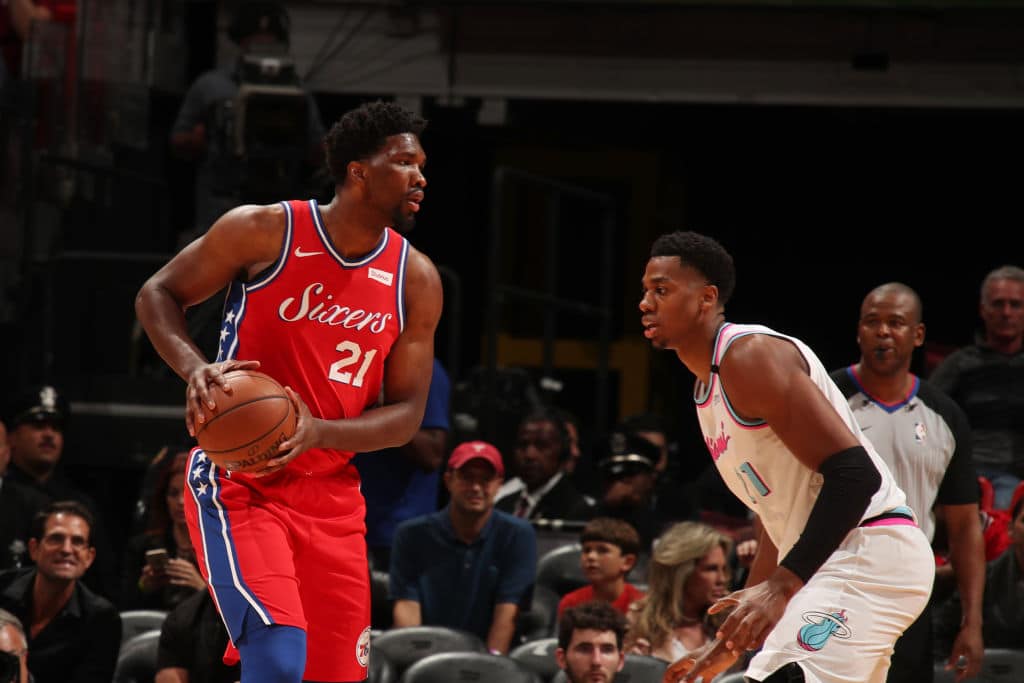 Joel Embiid resumed hostilities with Hassan Whiteside on Thursday night, with the Heat center accusing his counterpart of attempting to strike him in the back.

Joel Embiid on Hassan Whiteside, 'He hits pretty soft, so I didn't feel anything' https://t.co/WoY24AWzCz

Whiteside outscored his rival 26-17, and declined to address the incident following Miami’s 108-99 win against the visiting Philadelphia Sixers.

“He tried to hit me in the back, which is kind of dirty because of the fact that I’ve had back problems,” Embiid said in the 76ers’ locker room. “We’re going to see about that. I won’t forget about that.”

Not, Embiid said, that it necessarily left an indelible impression.

“He hits pretty soft,” he said, “so I didn’t feel anything. But just the action of him trying to like do that, I think it’s pretty messed up.”